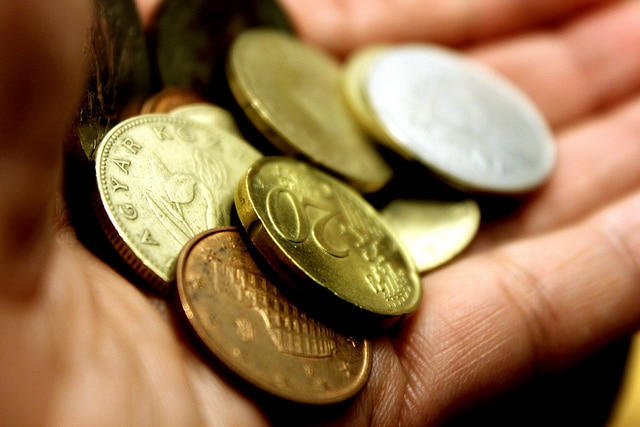 In this article I review Commission decision SA.36574 on alleged State aid granted by France to Altrad.[1] This is a textbook case of the different approaches that are available to public authorities to ensure that their investments do not inadvertently grant State aid.

In 2013, Wilhelm Layher, a German company, lodged a complaint alleging that France granted unlawful State aid to Altrad group. Altrad is a company that manufactures scaffoldings for construction companies. The alleged aid was in the form of a capital injection of EUR 45 million by Fonds stratégique d’investissement [FSI], a state investment agency. FSI acquired 11% of Altrad. At the same time, however, private banks also provided funding to Altrad.

“(44) In principle, a contribution from public funds does not involve state aid if it takes place at the same time as a significant capital contribution by a private investor made in comparable circumstances and on comparable terms (pari passu). In addition, irrespective of pari passu reasoning, a measure can fulfil the MEIP test if it can be demonstrated that a private investor in the same position as the public investor and facing a similar set of circumstances, would have provided the capital contribution on similar terms and conditions.” The Commission examined both aspects of the MEIP test.

The Commission reviewed other transactions that private investors carried out with Altrad at the same time and in the same context. These transactions served as benchmarks for establishing whether FSI invested on pari passu terms.

Three private investors [commercial banks CM-CIC Capital France, Synergie Finance and BNP Paribas Développement] agreed to subscribe to new shares of Altrad for a total amount of EUR 47 million. The Commission found that the price per share paid by the three investors was exactly the same as the price paid by FSI and that it was based on the same valuation of Altrad. [Paragraph 46]

Moreover, the extent of the participation of the three banks (11.35% of shares for EUR 47 million) was meaningful [i.e. their involvement/investment was not nominal or marginal] and fully equivalent to the participation of FSI (10.87% of shares for EUR 45 million) [paragraph 47]. In addition, the Commission found no evidence that the three banks received any other financial or contractual advantage in order to participate in the capital increase of Altrad [paragraph 48].

In terms of the simultaneity of the investments, the Commission found that the three private investors were committed to the investment in December 2010, while FSI decided to invest only in May 2011. [Paragraph 49]

The Commission also examined whether the three investors were already “exposed” to Altrad and, as a consequence, had to make additional investment to protect their previous investments. Apparently, the amount of existing loans by banks with links to the three investors on 31 August 2011 was EUR 41.4 million, of which only EUR 20.6 million was secured [paragraph 50]. This led the Commission to observe that “(51) […] the amount of outstanding loans was […] still substantial compared to the amount of the investment (EUR 45 million). Therefore, the circumstances on which the three banks invested in Altrad were not comparable to the circumstances concerning the investment of FSI without any previous exposure.”

“(52) For these reasons, the Commission concludes that the investment of FSI cannot be considered as strictly pari passu with the investment of the three financial investors. This finding, however, does not as such invalidate possible MEIP character of FSI’s investment which will be analysed below.”

In other words, an investment by public authorities is considered to be pari passu with private investment and therefore, free of State aid, when:

The situation examined by the Commission was complicated by the fact that a private investor, CAPE, had acquired capital in Altrad in 2005 on terms that were set out in a “Shareholders Pact”. A couple of years afterwards, fundamental disagreements emerged between CAPE and Altrad concerning Altrad’s corporate strategy. In the end both sides agreed that CAPE would sell its shares in Altrad. However, the implied valuation of Altrad shares in this agreed sale was lower than the price paid by FSI. The complainant claimed that the difference in price paid by FSI showed that there was a State aid element to the benefit of Altrad.

The Commission, however, reached the conclusion that the price received by CAPE for exiting the capital of Altrad was not an appropriate market benchmark because i) the agreed exit was intended to end disputes and prevent future legal action, ii) the price was determined according to the terms of the Shareholders Pact, iii) the agreed price guaranteed a positive return to CAPE, iv) CAPE was not free to dissolve its shareholding in Altrad. [Paragraphs 53-58]

Since the Commission could not use either the purchase price of the three private investors or the sale price of CAPE as the appropriate benchmark of the market price of Altrad shares, its next task was to determine whether on the basis of the financial results and financial prospects of Altrad, a private investor would have made the same investment.

To this effect, the French authorities provided a number of contemporaneous documents demonstrating that the economic rationale of the FSI investment was seriously studied prior to the approval of the investment. Those documents included several audit reports, due diligence reports, financial analysis reports and market reports prepared by external advisors and a business plan prepared by Altrad’s management. In addition, there was analysis of different business scenarios and market developments under varying assumptions. After reviewing the reports and the business plan, the Commission considered “that they provide sufficient evidence that when deciding on its investment in Altrad, FSI acted in line with what a prudent market economy investor would have done in a similar situation.” [Paragraph 63]

One report presented a valuation of Altrad based on two different but standard valuation methodologies: i) the multiple of EBITDA decreased by net financial debt and ii) the discounted cash-flow methodology. The derived value of 100% of shares of Altrad was in the range of EUR 340 million to EUR 392 million.

The Commission also considered that “(74) […] the Business Plan was based on reasonable presumptions and solid market analysis […] [therefore it] was sufficiently reasonable, realistic and robust.”

The Commission examined in particular the business plan projections concerning the growth of business in terms of turnover, cost developments and performance indicators such as EBITDA and EBIT.

With respect to the pricing of the shares of Altrad, the Commission took into account the following:

(a) Recent transactions with Altrad’s shares: indicating Altrad’s value of EUR [150-200] million for CAPE exit and EUR 369 million for entry of three financial investors; however, the analysis indicates that the low valuation of CAPE exit is caused by on-going litigations between the parties.

“(76) In addition, the above valuation was supplemented by a robust sensitivity analysis taking into account possible variations in a number of key indicators.”

“(77) In view of the above, the Commission considers that the valuation of FSI’s entry into Altrad’s capital (implying the value of Altrad amounting to EUR 369 million) is supported by a robust valuation analysis and corresponds to the market value of Altrad (as also accepted, independently of FSI, by the three private financial investors).” As a result, the Commission rejected the complaint.

Public investment is free of State aid when it is accompanied by similar investment undertaken by private investors or when it can generate market rates of return. To demonstrate that a public investment can generate market rates of return, an ex ante valuation must be carried out. The valuation must be based on realistic assumptions, must be robust to changes in the underlying market and financial conditions and must demonstrate that the return will be comparable to levels achieved by similar companies in similar sectors.