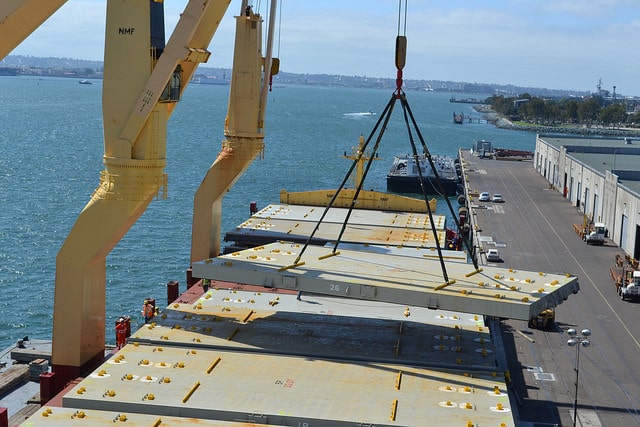 A provider of services of general economic interest may receive both investment aid and compensation for the extra costs of public service obligations.

Governments normally support large infrastructural projects through guarantees. This is because such projects have a long life, the initial investment costs are very high and the recoupment of investment takes place over a long period through fees charged to users. Many things can happen in a period that can span several decades. Although banks and other creditors are happy to lend millions in the knowledge that there will be a steady stream of income from user fees, they also need the assurance of a state guarantee.

Energy terminals are no exception. If they have to be subsidised, normally they get a state guarantee and, if that is not enough, they receive an up-front amount to cover part of the investment costs. It is rare that they get other types of aid.

However, when Lithuania proposed to build a terminal to import liquefied natural gas [LNG] to reduce its absolute dependency on Russian gas supplied by Gazprom, it provided to the operator of the terminal both a guarantee to cover loans from the EIB and other creditors and operating aid. The operating aid was funded by a levy on the users of the terminal and final gas consumers.

The Commission, in decision SA.36740, found that both the guarantee and the revenue from the levy constituted State aid.[1] It approved both for being compatible with the internal market on the grounds that the guarantee was necessary to bridge a funding gap while the operating aid was necessary to cover the extra costs of public service obligations imposed on the terminal operator. Lithuania designated the operation of the terminal as a service of general economic interest [SGEI]. Although the decision is from November 2013, it was made public only on 4 May 2016.

The terminal was built at the port of Klaipeda and the designated builder/operator was AB Klaipedos Nafta. The operator is a majority state-owned company [72%] that was appointed without any competitive selection.

The problem here was that a 100% guarantee was not in conformity with the conditions for the valuation of guarantees laid down in the 2008 Commission notice. The Commission skipped over this issue without any explicit mention. Rather in paragraph 102 it explained the four methods it used in its decisional practice to determine the market price of a guarantee. These methods are as follows:

The Commission chose the fourth approach and accepted that the difference in the financing costs of the loan could be calculated according to the following formula proposed by Lithuania:

The amount that was derived was business secret as many other amounts and rates.

The Commission first had to determine whether the revenue from the levy constituted state resources. Although it was paid by terminal users and gas consumers, it was imposed and defined by legislation, collected and used according to the terms defined in that legislation and supervised by the national energy regulator. The Commission concluded in paragraphs 91-96, that the state exercised control over it, regardless of the fact that it was not managed by a public authority.

It is amply clear now that if a public authority imposes a tax and designates a private entity to manage the proceeds according to its instructions, the proceeds will be considered to constitute State aid for the recipient of the money. Interestingly, the Commission referred to the landmark cases of Pearle [C-345/02] and Doux Elevage [C-677/11] and explained that the levy was not applied as a result of a free decision of the designated body, nor did it finance activities chosen by that body to advance its interests, as in Pearle and Doux Elevage. Rather the levy aimed to support public policy objectives.

The revenue from the levy was intended to support the financing costs of the investment as well as the fixed costs of the operation of the terminal. The amount of the levy was calculated in such a way so as to enable the operator to cover its costs and earn a reasonable return on its capital which was defined by the Lithuanian energy regulator as the regulated asset base of the terminal. The regulated asset base decreases each year in proportion to the depreciation of the assets concerned.

The formula for the levy is as follows:

The fixed costs are given by such items as maintenance, repairs, staff costs, etc.

The return on capital is calculated on the basis of the weighted average cost of capital [WACC] before tax. It was estimated to be 7.09%.

E = part of capital assumed to be financed by equity [30%]

t = the Lithuanian corporate tax rate which stands at 15%.

The required rate of return on equity, Re, was calculated according to a variant of the formula of the capital asset pricing model:

Rf = risk-free return given by a 10-year government bond

β = the beat coefficient for the specific risk of gas companies.

On the basis of the above calculations, the Commission derived the amount of the money that would be provided to the terminal operator.

Once the Commission established that the guarantee and the levy constituted State aid, it proceeded to assess their compatibility with the internal market.

The investment aid was assessed according to the criteria in the balancing test which are largely reflected in the current common compatibility principles. The Commission concluded that:

On the basis of the above assessment, the Commission concluded that the aid linked to investment was compatible with the internal market on the basis of Article 107(3)(c).

However, it could not authorise operating aid [revenue from the levy on users and consumers] on the basis of Article 107(3)(c). Therefore, it considered the applicability of Article 106(2) on SGEI and in particular, whether, the funding arrangements complied with the conditions in the 2012 SGEI Framework.