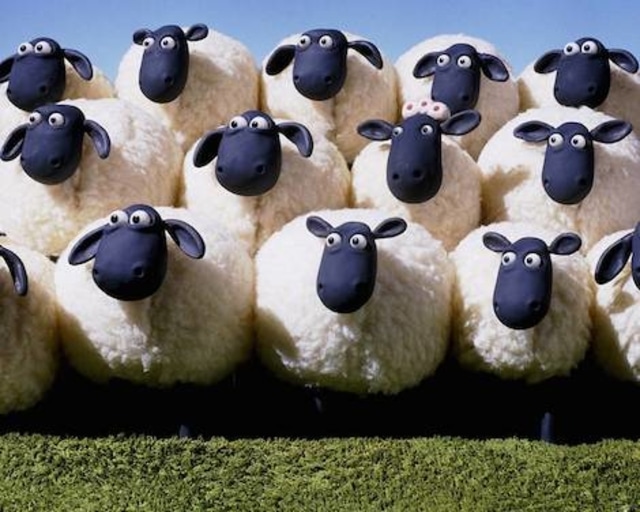 Keeping the flock together: A response to discussions on the GBER and SAM at ESTALI Vienna.
Maria Ortiz is a technician for the Valencian Institute of Business Competitiveness (IVACE). The views expressed in this post are purely those of the author and may not in any circumstances be regarded as stating an official position of IVACE.
Two weeks ago, the European State Aid Institute’s ‘Annual Conference on State Aid’ took place in beautiful Vienna. There were a significant number of delegates from most of the European Member States; however, yet again, not all of them were represented by the State aid modernisation actions that were the focus of the event.

Based on the main objectives from the State Aid Modernisation (SAM), the European Commission representatives present at the conference underlined to the extent of exhaustion two ideas: the clarifications that the draft Commission Notice on the notion of State aid pursuant to Article 107(1) TFEU will bring to granting authorities and the need for Member States to ‘GBERISE’ all their measures thereby moving away from notification.

The objective of the draft Commission Notice is to provide certainty by unifying the interpretations of the elements that constitute State aid. However, it would seem that it still does not provide the transparency and legal certainty that such a concept should have. Fundamental questions remain unanswered. For example: Would it be enough for a granting authority to find that a measure does not constitute State aid by arguing that one of the State aid elements provided for in the Commission Notice does not comply?; Would this be enforceable in Court as “soft law” and, if so, to what extent?; or Does this Notice has to be interpreted in combination with the other Commission Notices or Framework Decisions (such as the Guarantees Communication from 2008 (still enforceable) or the R&D Framework 2014 -2020)?

In relation to Regulation (EU) nº 651/2014 of 17th June 2014 declaring certain categories of aid compatible with the internal market in application of Articles 107 and 108 of the Treaty[1] (GBER), the statement ‘GBERISE, GBERISE, GBERISE’ will immediately make you think that the new GBER is the magic wand for State aid: clearer definitions, an increased number of new and necessary measures which will allow Member States to foster growth in a strengthened, dynamic and competitive internal market with no need to notify the Commission, etc.

Unfortunately, while it is true that the new GBER has provided some homogeneity when it comes to definitions (by gathering and including concepts that were contained before in other regulations or guidelines, ie starting of works, undertakings in difficulty (large and SMEs), etc…) or by introducing some new measures and forms of aid, it is also true that it lacks clear concepts and measures that really respond to the needs of the 28 Member States.

How many times has been argued that general aid to large undertakings should be limited due to the fact that it has more possibilities of distorting the market conditions than aid to SMEs or other market operators? And based on these grounds, how important was the justification of the incentive effect obligation for large undertakings during the period 2007-2013? Was the incentive effect not the fighting sword for the Commission to guarantee that aid was only granted when it was motivated by a change in the beneficiary’s behaviour in order to achieve a common legitimate interest?

With the above in mind, how should it be interpreted then that the new GBER only requires a broader justification of incentive effect for large undertakings for ad hoc aid? If most of the GBER’s measures have not been changed at their core, but on the forms you can grant them, what makes one think that under the new GBER aid granted to large undertakings will remain necessary and will still be used as an incentive to develop certain activities or projects.

In general, it is sure that the modification has been positively received by all the State aid players. Proving and examining the existence of incentive effects in certain measures has not been an easy matter for either the beneficiaries or the granting authorities and it leads in many instances to the aid not being granted.

Notwithstanding the above, such a new found freedom compared to the limitations established in other measures for large undertakings show that GBER is showing early symptoms of an illness.

(b) Limits measures that could become a problem

Regional aid to large undertakings has been limited to ‘initial investment in favour of new economic activity” i.e. to:

It also provides for a definition of ‘the same or a similar activity’ which is taken to mean:

These are two little concepts with huge consequences. For Member States trying to move their economies on from the crisis by improving their competitiveness in markets through internationalisation, innovation and by attracting to their region strategic investments with a knock on effect on the local economy, these two little concepts mean that the public help this type of projects can receive will be little or nothing at all. Those types of actions/projects imply, in the majority of instances, the diversification of the undertaking’s activity within the structures they already have in place by using new equipment or increasing their production lines, for example.

How many large companies diversify their production by radically changing the type of product or activity they develop? Those who produce paper might be able to diversify their activity by creating new types of paper products, but it is unlikely that they will start producing computers. If the goal is to make such measures disappear for those type of entities, then they should be either eliminated completely or gradually made disappear, but mid-line situations as the described above should be avoided for its lack of impact.

All these issues are of particular importance if we consider that the Commission’s advice is to try to apply GBER first and only if your measure does not fit within GBER´s parameters then notify through Guidelines (as they are normally broader in the aid’s scope or amount). Funnily enough, in this particular case the Guidelines on Regional Aid 2014-2020 are as restrictive as the GBER (or even more so, because they do not provide you with the concept of initial investment in favour of new economic activity).

(c) Lack of innovative formulas to keep on fighting against the crisis.

Such nuances in the measures offered by the GBER, as outlined above, might not have a huge impact on States whose economies are already far from the crisis or on their way to recovery, but they mean a great deal for those who are still fighting to free themselves from the clutches of the crisis.

GBER has included measures that were understood already by the Commission to be compatible through other means (which is logical); however, on the basis of its objective, GBER could have gone farther by including temporally measures (for example for a maximum of two years) that better addressed the needs of many Member States economies to provide liquidity. Measures limited in amount or intensity and time but that did not imply huge bureaucracy in order to boost the markets and balanced the European economies.

The Commission has made GBER a great tool for granting aid. The Commission made GBER grow in importance, first by been the tool that gather all the exemption regulations and secondly, by making it the reference tool for granting aid. On those grounds, it should also be the tool with a unified approach to the single market of the European Union. If we all want to walk the same path without leaving any sheep on the way, it is important that each and every single State has the means available to be an equal shepherd in our ‘European flock’. If this happens, we will get out of this crisis strengthened not only economically, but as an entity.