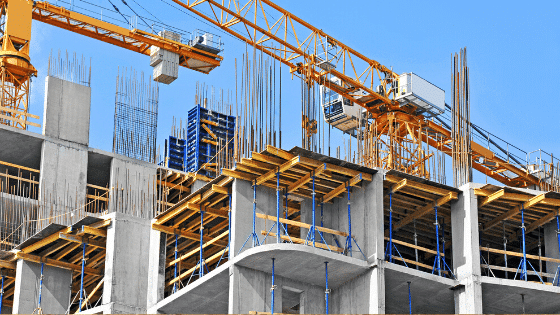 Public funding of a public-private partnership for the construction and maintenance of public schools may still involve State Aid. State Aid may have an incentive effect even when it is granted to a project that has already started. The funding gap method can demonstrate the necessity and proportionality of State Aid.
Introduction
This article reviews Commission Decision SA.37168 concerning the construction and maintenance of public schools in Attica, Greece.[1] This case is interesting for several reasons. The project – an urban development project – is implemented through a public-private partnership, and is partly funded by JESSICA. The project developer was selected through a competitive procedure. The ultimate beneficiary is the state organisation responsible for public schools. Yet, despite the competitive selection of the developer and the likelihood that the ultimate beneficiary is not an undertaking, JESSICA funding involves State Aid. The public funding is for a project that is already started. Lastly, the necessity and proportionality of aid is secured through calculation of the minimum possible amount of aid that can raise the financial return of the project to a “fair rate of return”.Background

In Commission Decision SA.34405 on the JESSICA Holding Fund for Greece, the Greek authorities undertook to notify to the Commission urban development projects exceeding EUR 50 million. The measure which is examined in this article was notified pursuant to that previous Decision.

Greece proposes to grant a sub-commercial loan of approximately EUR 19,375,000 to an urban development project [UDP] that consists of the design, financing, construction and facility management of 12 schools in the region of Attica.

The total costs of the UDP are estimated at EUR 58,055,976, out of which EUR 42,447,6463 is considered as eligible expenditure. JESSICA funds, invested by the urban development fund [UDF] [which comes under the Holding Fund] are in the form of a sub-commercial loan, covering approximately 46% of the eligible expenditure of the UDP. JESSICA financing amounts to approximately EUR 19,375,000 and corresponds to 50% of a senior long term debt facility (LTDF) provided together with the EIB. That is, the EIB contributes an equal amount but on commercial terms. The interest rate charged by the EIB includes a risk margin plus fees which are equal to 50% of the risk margin. The UDF loan extends for up to 27 years and its fixed interest is equal to the swap rate prevailing on the date when final lending agreement for the project was signed. The JESSICA loan will be repaid in semi-annual instalments.

The remaining financing for the project is provided by the project developer in the form of equity amounting to EUR 9,625,457 and by Alpha Bank, which is a commercial bank. Alpha Bank extended a loan facility of EUR 9,680,518 for liquidity purposes during the construction period.

The UDP is organized in the form of a public-private partnership. The private partner, i.e. the project developer, was selected on the basis of a public tender for making the “most economically advantageous offer”. This offer was the lowest net present value (NPV) of annual payments requested by the bidders for the maintenance of the school facilities throughout the concession period. These payments constitute the revenue of the project developer in the framework of the UDP.

In return, the project developer undertook to construct the school infrastructure and manage the school facilities (e.g. technical maintenance, security, cleaning services) during the concession period of 25 years.

However, the implementation of the project was postponed due to the financial crisis in Greece and the resulting lack of liquidity in the Greek banking system. The long term financing initially committed for the project was withdrawn. This necessitated the granting of the sub-commercial loan from the JESSICA UDF.

The Commission has found that the JESSICA funding for the UDP (provided on sub-commercial terms) puts the project developer, as well as the UDP, in a position that is “economically advantageous compared with a situation where investments into the UDP would be carried out in line with normal market conditions” [paragraph 24].

There is no doubt that the developer is an undertaking. However, the economic nature of the UDP is questionable, given that it concerns construction and maintenance of school buildings. The UDP is in the form of a special purpose vehicle with no mandate to carry out any other activities. A public school is not normally an undertaking. The school infrastructure in this project will solely be used for educational purposes, and there will be no sub-renting of school facilities. The 12 schools will be exclusive public use, will be owned by the state and therefore, will be unavailable to be used as collateral for loans by the UDP or the project developer.

Perhaps the Commission considered that, even though a public school is not an undertaking, the maintenance of a building is an economic activity. But even if this were the view of the Commission, the direct beneficiaries are schools (which are not undertakings), while the indirect beneficiary was the developer (who was of course an undertaking). Perhaps here the Commission should have made the same distinction it makes in other JEREMIE and JESSICA projects between investors/developers the funds which are in the form of special purpose vehicles.

The terms of the JESSICA loan granted by the UDF stipulate repayment of the initial UDF investment plus at least the inflation rate, taking into account that the swap rate incorporates long term inflation expectations as set by the target inflation rate of the European Central Bank of 2%. This is of course below the rate that reflects the true risk of the project. Hence, there is no doubt that the JESSICA funding involves State aid.

The Greek authorities argued that the JESSICA support was necessary for the UDP to go ahead, as the project would not attract the required private investment. On first sight, this appears surprising because the project developer participated voluntarily in the bidding for the project. But, the provision of long-term development finance for all new projects, including UDPs, has been made extremely difficult as a result of the recession of the Greek economy. As a result, the bank which initially supported the bid of the project developer, subsequently withdrew from financing the project. It was also pointed out that the costs of commercial financing increased significantly since the conclusion of the public tender. Margins for long term loans have increased to a level of 650 bps from around 400 bps at the time of the tender.

At the same time, the only project revenues are the payments to be received from the Greek government, which have been set by the bidding process and cannot be increased in order to accommodate the higher costs of financing.

If commercial funding were available for the project to replace JESSICA funding – with a margin of 600 bps applied to reflect market conditions (all other parameters being equal) – the IRR for the project developer would amount to only 4.27%, rendering the project unattractive for private investment.

The Commission concluded that “the contribution of the UDF in the form of senior long term debt restores – to the extent possible – the attractiveness of the project for private investment. Therefore, without the participation of the UDF in the financing of the urban development project, its implementation would have been significantly delayed or even abandoned” [paragraph 45].

Although public funding of a project that has already started is normally considered not to have an incentive effect, we see here that, because the project would have been terminated, the Commission accepted that the aid was necessary. This case reveals that an important element in determining the presence or absence of incentive effect is not just whether a project or investment is started without aid but also whether a project or investment can in principle be completed without aid.

With JESSICA support the expected IRR for the project developer is raised but the investment return prospects of the project developer still remain below the level established during the tender. This is mainly attributed to the impact of the higher pricing of the EIB senior long term loan facility.

The Commission also observed that the yield of the 10-year Greek government bond in August 2013 was 10.01%, and ranged between 9.07% and 11.58% in the first eight months of 2013. “This supports the finding that the IRR of the project developer, restored as a consequence of the UDF investment, corresponds to a FRR, taking also into account that investment in government bonds did not include the considerable construction and operational risks, which were inherent to the UDP under evaluation” [paragraph 50]. This suggests that the IRR must be higher than the yield on government bonds.

There was minimal distortion to competition, because the aid covered only the project’s viability gap. The project developer could not use State Aid to cross-subsidise other projects or strengthen its market power.

[1] The text of the Decision can be accessed here: