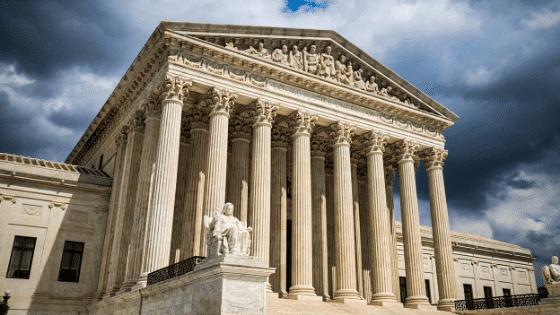 Recipients of State aid obtain an advantage even if they do not succeed to improve their position on the market. Recipients of State aid obtain an advantage whenever their competitors in intra-EU trade do not receive the same aid from the same source. Even small amounts of aid can disturb intra-EU trade where there is strong cross-border competition. The European Commission is not required to quantify the aid that must be recovered. Incompatible State aid cannot be declared compatible retroactively
Introduction
In 2008 Greece adopted several measures to help cereal producers to obtain loans from financial institutions. These measures provided subsidies that covered the full rate of interest. In addition, Greece guaranteed the repayment of the loans. The guarantees were offered for free and covered 100% of the loans. In other words, cereal farmers obtained zero-interest loans and premium-free guarantees. The measures were not notified to the European Commission.In 2012, the European Commission declared that the measures constituted State aid that was incompatible with the internal market, and instructed Greece to recover it.[1] Greece lodged an appeal against the Commission Decision, which was eventually dismissed by the General Court on 9 April 2014.[2] The judgment of the General Court is a textbook case of the kind of arguments that should not be used by Member States.

Here is a summary of the main arguments advanced by Greece and the reasons why they were all rejected by the General Court.

Greece first noted that the Commission Decision ordering recovery did not specify whether the whole amount of the loans had to be repaid, or whether the recovery applied to any other amount related to the guarantees. The General Court observed that the amount to be recovered was the amount of the aid which consisted of i) the interest that should have been paid and ii) the premium that should have been charged. Moreover, to that amount interest had to be added from the date the aid was granted. In the event that certain debtors were in financial difficulty when they received the aid, the amount of aid had also to include the whole amount of the loan because the beneficiaries would have been unable to obtain similar financing from the market without state intervention [paragraphs 36-42 of the judgment].

Greece then argued that cereal producers did not really enjoy any advantage because the price of cereals in 2008-9 was depressed as a result of the crisis and over-production. The response of the General Court was that farmers obtained an advantage even if prices were low. In fact the aid may have prevented prices from dropping to an even lower level [paragraphs 77-78].

Some guarantees were at a later stage provided as a premium. But they still qualified as aid – despite the fact that a premium was paid – because the measure in question did not exclude undertakings in financial difficulty and because the guarantees covered 100% of the outstanding amount of the loan [86-89].

The aid and the recipients were claimed to be too small. But even small amounts of aid granted to small undertakings may affect trade and distort competition in sectors where there is strong cross-border competition. In agriculture, it is established that there is strong cross-border competition [111 and 133]. Moreover, it is not necessary for aid to have an actual impact on cross-border trade. It is sufficient that aid can in principle affect trade [122]. When aid strengthens the position of an undertaking in relation to its competitors in cross-border transactions, then it must be deemed that the aid does affect trade [123]. With respect to the distortion of competition, aid that relieves an undertaking from costs that should normally be borne by it in principle distorts competition. [125 and 127]

Greece complained that the Commission should have exempted the aid on the basis of Article 107(3)(b), given the serious disturbance in its economy caused by the financial crisis. The General Court reiterated that the Commission has wide discretion in determining the types and amounts of aid that may be compatible with the internal market. Indeed the Commission responded to the crisis by adopting the so-called Temporary Framework in December 2008, which exceptionally allowed aid on the basis of Article 107(3)(b). However, the Temporary Framework excluded primary agricultural products [146, 147 and 149].

Greece asserted that the Commission should have found retroactively that the aid was compatible with the internal market. The Court explained that EU rules apply as of the date on which they are published. It is only rarely and only in the common interest that rules apply retroactively. However, such retroactive application could not be allowed in the field of State aid, because it would unjustly benefit those Member States that grant non-notified aid in the hope that it would be later declared to be compatible with the internal market. Such Member States would gain an unfair advantage over other Member States which wish to grant similar aid and to notify it to the Commission, which then finds it to be incompatible with the internal market [155 and 156].

A final argument advanced by Greece was that, according to Article 39 TFEU, a principal aim of the EU’s common agricultural policy is to secure a high standard of living for farmers. The General Court replied that it does not follow from the fact that the EU supports farmers that the measure in question did not constitute State aid [96]. Moreover, Article 42 TFEU and subsequent Council regulations have applied the rules of competition, including State aid to agricultural activities [170].