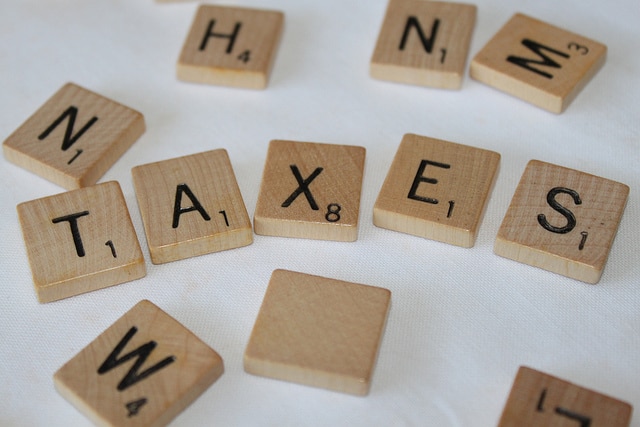 Progressive taxes can constitute State aid. Exemption from a packaging tax of packaged goods which are taken abroad is within the logic of the tax system.

This article reviews three tax measures which levied taxes on specific activities and products. In particular, they concern taxes on advertising, retail sales and an exemption from a tax on product packaging. Normally, taxes as such do not fall within the scope of Article 107(1) TFEU because they are a burden rather than an advantage. It is exemptions from taxes or reductions of tax rates which constitute State aid. However, the advertising and the retail taxes were found to constitute incompatible State aid because the tax rates were progressive.

By contrast, the third measure, which was an exemption from a tax on packaging, was considered to fall within the logic of the tax system and, therefore, not to constitute State aid.

This is the third Hungarian tax measure that has been found recently by the Commission to constitute incompatible State aid [SA.39235].[1] The Commission concluded its investigation at the beginning of November, so it will take some time before the text of the decision is published.

Similarly to the other two Hungarian taxes [on tobacco products and inspection of the food chain, which were reviewed here on 1 November 2016 (http://stateaidhub.eu/blogs/stateaiduncovered/post/7380)], the third tax is also levied on turnover. In this case, however, the turnover concerned was that of advertising activities. Companies with a higher advertising turnover were subject to significantly higher, progressive tax rates, ranging from 0% to 50%.

The Commission considered that the progressivity of the tax rates favoured smaller companies because they had a smaller advertising turnover.

With respect to the potential justification of the selective advantage for smaller companies on the basis of the logic or nature of the tax system, the Commission was of the opinion that Hungary did not demonstrate why a company’s tax liability ought to depend on its turnover or profitability.

At about the same time as the decision on the Hungarian advertising tax, the Commission decided to open the formal investigation procedure into a Polish tax on retailers [SA.44351].[2] It too was a turnover tax. The rate of tax varied from 0% to 1.4%, depending on the turnover of the taxed companies.

The Commission believed that the progressive nature of the tax was equivalent to State aid for smaller retailers. Since the aid was operating aid it did not seem, at first sight, to be compatible with the internal market.

The Polish authorities claimed that the tax was intended to raise revenue to fund certain social measures. They also claimed that, unlike the Hungarian taxes, their tax did not discriminate against foreign companies and that the progressive nature of the tax was justified by the fact that larger companies could afford to pay more. Interestingly, the Polish authorities also argued that larger companies benefitted from economies of scale so their costs declined per unit of output as their turnover increased.

Two observations are in order here. First, ability to pay is more accurately reflected by profits rather than turnover. Profits are derived after costs are deducted while turnover is not. Second, if indeed larger companies have lower costs per unit of output, it also necessarily means that, ceteris paribus, they make more profit per unit of output as their turnover increases. It follows that a tax that truly targets ability to pay should be directly linked to profit rather than turnover because profit rises disproportionately faster than turnover. It is obvious that the Polish authorities chose an inefficient method to raise revenue on the basis of taxpayers’ ability to pay. But certainly, turnover is a wider tax base than profit and therefore it could yield more revenue.

As with other progressive turnover taxes, the Commission suspected that the purpose of the tax was to tilt the competitive playing field against foreign companies. Since the Commission was not convinced by Polish arguments that the progressivity of the tax was justified by its objective, which was to raise revenue, its preliminary conclusion was that the tax was a form of State aid. Perhaps if the Polish authorities did not try to justify the measure on ability to pay, they may have been more successful. But it is not easy to justify progressive taxes which are levied on turnover, for the simple reason that, unlike profit, turnover needs to cover first costs and a higher tax on larger turnover may turn a viable company into unviable. Although the tax rates are small, the Polish authorities do not appear to have examined the impact of the tax on the viability of companies.

At any rate, the Commission also had serious doubts concerning the compatibility of the aid, therefore, it decided to open the formal investigation procedure.

The Commission examined, in decision SA.34528, an Estonian exemption from packaging deposit and packaging excise duty with respect to beverages delivered on board of ships.[3]

To encourage customers to bring back used packaging, Estonia has implemented a deposit system. Importers and producers include the packaging deposit in the price of the beverages they sell. Retailers are obliged to take back from consumers used packaging and refund the deposit. They then forward the collected packaging for recycling and receive back the deposit they paid to consumers.

Estonian legislation allows liable undertakings to delegate their obligations to an organisation licensed by the state. This organization manages the packaging deposit system and pays the packaging excise duty on behalf of the undertakings if they fail to recycle up to the required standard. The main source of the income of this organization is the sum of deposit which are not claimed back by customers.

The legislation also provides for an exemption from the packaging deposit and excise duty with respect to the packaging of drinks delivered on board ships involved in international transport. This also means that no packaging deposit is paid for this packaging. The legislation allows this exemption because most of the packaging of beverages sold on ships is for take- away sales and ends up as waste in another country. However, the exemption also applies to packaging of drinks which are consumed on board of ships because such drinks are only a small part of the total sales by ships and because ships are charged by port operators for the disposal of the waste.

A shop owner operating in the vicinity of the port of Tallinn lodged a complaint with the Commission claiming that the exemption constituted State aid for ferry operators. Finnish tourists buying alcohol (mainly beer) for take-away purposes were an important part of its clientele. The exemption for sales on board of ships made it cheaper for Finnish tourists to buy alcohol on ships rather than in town.

The Commission examined the possible existence of State aid for two groups of undertakings: i) packaging undertakings delivering beverages for sale on board of ships (they bear liability for packaging that is not recycled); ii) shipping companies which buy packaged beverages.

The Commission began its analysis by making an interesting observation. “(25) For State aid control purposes indirect beneficiaries (such as, in this case, the shipping companies) are considered as potential aid recipients only if the first level beneficiaries are not undertakings or if it is established that the State resources allow the second level beneficiaries to obtain goods or services on conditions which are not market conditions. It is therefore far from obvious that the shipping companies, even assuming that the measures would constitute State aid, would be considered as beneficiaries of that aid. The Commission will however for the sake of completeness consider undertakings at both levels in its assessment.”

The Commission also limited its investigation to “take-away” sales of alcoholic beverages because on-board consumption of alcoholic drinks that passengers bring on board ships is prohibited. Only sales for consumption in restaurants are allowed. But they do not compete with on-shore sales.

The critical question was whether the exemption from the levy conferred a selective advantage. In order to answer this question, the Commission first reiterated the three-step test for determining the selectivity of tax measures

In this case, the reference tax system is the Estonian legislation on packaging. The exemption was certainly a derogation from the reference system. The Commission had to proceed to the third step to examine whether the derogation could be justified by “the logic of the tax system in question.”

“(45) In the present case, the logic of the tax system is to ensure that the packaging recovery ratio provided for in the legislation is met by the producers and importers of packaged beverages. That objective can reasonably only apply to beverages sold on the territory of Estonia. Estonian packaging undertakings cannot reasonably be held responsible for the recovery and recycling of the packaging of beverages if they are sold outside Estonian territory or for export and consumption outside Estonia. It is therefore in the logic of the system to exempt “take-away” beverages sold on board ships heading for foreign destinations from the packaging recovery system as the collection of the packaging taken abroad cannot be ensured.” Consequently, the Commission considered that “(46) […] the exemption from the packaging excise duty does not represent a selective advantage because it is within the logic of the tax system of which it is part. Therefore, as that measure is justified by the nature and general scheme of the reference system, it does not constitute aid within the meaning of Article 107(1) TFEU.”

There was also an exemption from the packaging deposit but the Commission found it not to be state aid on the grounds that “(31) the packaging deposit does not constitute State resources because the relevant funds originate from consumers of packaging, are managed by the industry itself and never come under control of the State.”

The Estonian organisation that was responsible for managing the recovery of packaging was entirely private, it decided autonomously without any intervention by the state, it did not use any state-owned facilities and the funds that were collected never came under the control of a state entity. Incidentally, the Commission found similarities between this case and the judgments in Preussen Elektra [C-379/98] and Pearle [C-345/02]. In both of those judgments the Court of Justice ruled that there was no transfer of state resources.

[1] The text of the final decision will eventually be published next to the decision to open the formal investigation procedure, which can be accessed at: http://ec.europa.eu/competition/elojade/isef/case_details.cfm?proc_code=3_SA_39235.