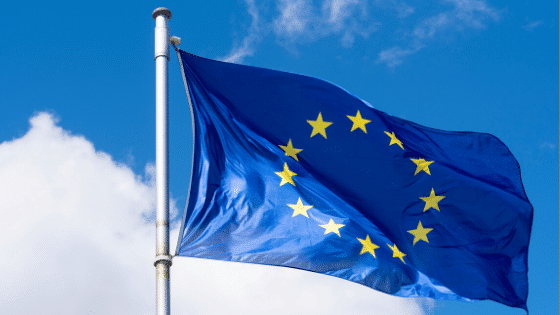 On 10 December 2013, the Court of Justice, in C‑272/12 P, wrote another chapter in the long-running case of the exemption from excise taxes for alumina producers in France, Ireland and Italy. This is not the last chapter. The Court annulled a judgment of the General Court and referred the case back to the General Court. In fact this was the second time that the Court of Justice has annulled a judgment of the General Court concerning the same case. This is extremely unusual. I cannot think of any other instance of double annulment.

The case is not only interesting because of its long duration and legal twists, but primarily, for our purposes, because it deals with several important aspects of State aid control. It concerns the role of EU institutions and the attributability of EU acts to Member States.

A short history of a long dispute

Before examining the judgment of the Court in case C‑272/12 P, Commission v Ireland et al., it is instructive to review briefly the history of this dispute.

Successive EU directives approximate excise taxes on fuel. Member States are required to levy a certain minimum rate of tax. The same directives allow Member States to petition the Council for exemption from the minimum uniform levy. The Council may grant this exemption only on the basis of a unanimous decision. The precise wording of the directives on this point is as follows: “The Council, acting unanimously on a proposal from the Commission, may authorise any Member State to introduce further exemptions or reductions for specific policy considerations.”

In the 1980s and 90s, France, Ireland and Italy requested and received exemptions. These exemptions were renewed several times, always on the basis of a Commission proposal. The legal basis for the Commission proposals was Article 113 TFEU [ex Article 93 EC]. Article 113 stipulates that the decision of the Council on these matters must “avoid distortion of competition”.

In 2001 the Commission launched a series of investigations into these exemptions on the basis of Article 107(1). The measures were never notified to the Commission for prior authorisation according to Article 108(3). On 7 December 2005, the Commission, in Decision 2006/323, found that the exemptions from excise duty on mineral oils used as fuel for alumina production in France, Ireland and Italy were State aid. The aid was illegal and incompatible with the internal market. Consequently, the Commission ordered the recovery of aid after a certain date. For aid that was granted before the date on which the Commission initiated the formal proceedings, it considered that aid did not have to be recovered, as beneficiaries could entertain legitimate expectations because of the Council decisions. Therefore, an important element in this case was whether aid was existing or new and whether aid recipients could have legitimate expectations for all aid they received.

First, the General Court found that the exemptions could not be attributed to the Member States because they were authorised by the Council of the European Union. This way of reasoning is weird. A measure cannot be attributed to the entity that implements it when it is imposed on it by higher authority. However, in the present case of exemptions from excise taxes, the three Member States applied voluntarily for authorisation. It was their decision to apply for exemption.

Third, the General Court observed that the acts of EU institutions must be consistent. The Commission is not allowed to act in a way that undermines the decisions of the Council. The General Court considered the principles of legal certainty and the presumption of legality attaching to EU measures and censured the Commission for partially nullifying the legal effects produced by the authorisation decisions of the Council.

As already mentioned, the first point of the General Court is strange, the second point is sound while the third point is debatable. It is true that the same institution must not be inconsistent but the structure of the Treaty is such that not only does it allow different institutions to disagree, but also to check and oppose each other.

The Court of Justice first examined the most important issue: that of the attributability of the exemptions to the three Member States. It found that this issue was not raised by any of the parties. It considered that the General Court was not at liberty to raise a plea of its own motion. [paragraph 29] For this reason, it concluded that the General Court erred in law.

This is a correct conclusion but a badly missed opportunity for clarification of the concept of attribution when a national measure is based on a prior decision of an EU institution. As the law currently stands, a measure is not attributed to an act of the state when the state is compelled – not just authorised – to implement that measure. Authorisation implies that the state always has the option of not requesting authorisation in the first place.

Then the Court of Justice turned its attention to the respective roles of EU institutions. It found that “the General Court disregarded the respective powers of the Council and the Commission in the area of the harmonisation of legislation relating to excise duties, on the one hand, and in the area of State aid, on the other.” [paragraph 45]

As the Court of Justice observed, the intention of the EU Treaty, in providing through Article 108(3) for aid to be kept under review and monitored by the Commission, is that the finding whether aid is incompatible with the internal market is to be determined by the Commission. “Consequently, a Council decision authorising a Member State to introduce an exemption of excise duties could not have the effect of preventing the Commission from exercising the powers conferred on it by the Treaty” and, moreover, it has “no effect on the division of powers between the Council and the Commission and therefore could not deprive the Commission of the right to exercise its powers.” [paragraphs 49-50]

There should be no dispute on the fact that the EU Treaty does provide for such division of powers. In fact the soundness of the EU system is predicated on such separation of powers. The interesting question, however, is not about the role of the institutions but about the apparently inconsistent interpretation by the Commission of the concept of distortion of competition. On this issue, the judgment is rather disappointing.

The Court of Justice states in paragraphs 52-53 that “it is clear that the Commission had taken the view, at the time when the Council adopted the authorisation decisions, that those decisions did not give rise to a distortion of competition and did not impede the proper functioning of the internal market” … “However, the concept of State aid corresponds to an objective situation and cannot depend on the conduct or statements of the institutions. Consequently, the fact that the authorisation decisions were adopted on a proposal from the Commission could not preclude those exemptions being classified as State aid, within the meaning of Article 87(1) EC, if the conditions governing the existence of State aid were met. That fact however had to be taken into consideration in relation to the obligation to recover the incompatible aid, in the light of the principles of protection of legitimate expectations and legal certainty, as was done by the Commission in the contested decision when it declined to order the recovery of aid granted before the date of publication in the Official Journal of the European Communities of the decisions to initiate the procedure laid down in Article 88(2) EC.”

In other words, the Court of Justice is saying that what constitutes State aid can change from moment to moment. It is theoretically possible that at the time the Commission made its proposal to the Council on the basis of Article 113, it did not detect any distortion of competition. Later, when it examined the exemptions on the basis of Article 107(1) it nonetheless found that competition was distorted. Not only are the two events separate in time, but one may also argue that the internal market evolved so the exemptions which did not distort competition eventually became a source of distortion as a result of further integration. There is also ample case law that gives to the Commission the right to change its mind and not to be bound by precedent precisely because the concept of State aid is objective and based on the facts at hand. All these views are correct.

But one would have liked a bit more elucidation on whether the view of the General Court was valid that the “competition” mentioned in Article 113 meant the same as “competition” in Article 107(1) and whether the Commission must base its assessment of distortion of competition under various provisions of the Treaty on the same criteria. This is a slightly different issue than the right of the Commission to change its views. It is about the consistent interpretation of similar concepts that appear in different articles in the Treaty.