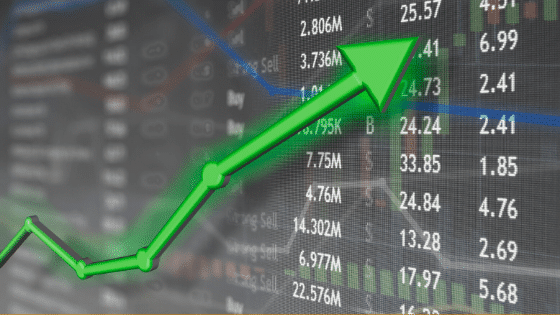 Internal transfer of capital which is not used to fund new economic activities is not State aid. Injection of fresh capital to satisfy solvency and liquidity requirements still has to comply with State aid rules. A private investor always has the option of not injecting new capital and may opt instead to close down the business. A private investor always carries out an ex ante assessment of the profitability of a prospective investment. A private investor requires a return that exceeds the available risk-free rate and covers the extra risk from investment in a specific company.
Introduction
In this article I review Commission Decision 2014/274 concerning the Belgian export-credit insurance Ducroire/Delcredere.[1] In 2007 the Commission received a complaint concerning a capital injection of EUR 150 million at Ducroire/Delcredere. After opening the formal investigation procedure, the Commission has concluded in the present Decision that Ducroire/Delcredere [D/D] received incompatible aid that has to be repaid to the Belgian state. The issue at hand was whether the Belgian authorities acted as a market operator when they injected the capital.D/D is an entity established and controlled by the state for the purpose of providing export-credit insurance. D/D took over the activities of another state entity responsible for export-credit insurance.

This is a complex case involving several calculations of the capital that is needed for the funding of different kinds of insurance risks. Export-credit insurance is broadly divided into two segments: marketable and non-marketable risks. The Commission allows state support of insurance for non-marketable risks because it considers that there is no market for such risks [or at least, there is no market that would charge affordable premiums for such risks].

The Belgian authorities argued that the capital injection was not State aid for the following three reasons. First, it constituted an internal transfer of capital without any new amounts being committed by the Belgian state. Second, it was necessary in order to meet solvency and liquidity ratios required by law. And third, the injection was market conform because a return was foreseen.

With regard to the first argument, that the injection was an internal capital transfer, the Commission accepted that in principle such transfers do not constitute commitment of new amounts. Consequently, they are not classified as State aid. [This principle was established in Commission Decision N 531/2005 concerning the creation and operation of the French Banque Postale. In that case the Commission concluded that no State aid was granted.]

However, the Commission went on to reject the first Belgian argument on the grounds that D/D was assigned two kinds of activities: existing or old [concerning non-marketable risk] and new [concerning marketable risk]. The amount of the injected capital exceeded what was needed for the old activities. Therefore, what was not necessary for the old activities was considered to be additional capital to finance the new activities.

But before the Commission could determine whether the additional capital was market conform, it had to reply to the second Belgian argument: that the capital injection was mandated by solvency requirements.

It rejected that argument on the grounds that a shareholder always has at least two options: inject the extra capital to satisfy solvency requirements or close down the business altogether. A shareholder acting as a market operator always choses the least costly or the most profitable option. Therefore, a market operator must consider the profitability prospects of any new capital committed to an existing business.

As explained in the Decision, “according to the case law of the Court of Justice and the Commission’s decision-making practice, the fact that a capital contribution is allegedly necessary for the undertaking to continue its operations or to ensure the adequate capitalisation of the business, in accordance with prudential rules or an estimation of the risks involved, is not sufficient grounds on which to consider that the market economy investor principle has been satisfied. A private investor operating under normal market conditions would make such a capital contribution only if the expected profitability was sufficient, at the time of the contribution, based on the available information and the developments that were foreseeable at that particular time. The Commission would therefore point out that Belgium’s arguments to justify its assertion that a capital of EUR 150 million was ‘necessary’ for economic reasons and/or because of prudential rules cannot be relied on to demonstrate that this investment was sufficiently profitable for a market investor” [paragraph 151].

When the Commission turned its attention to the third argument, it first reiterated that “the criterion of a private investor in a market economy must be applied ex ante. The appropriate time for assessing whether a private investor would have made such a contribution is the time when the capital contribution was made. When assessing the private investor criterion, developments subsequent to the capital contribution must not be taken into account. Moreover, compliance with the principle of a private investor in a market economy can be demonstrated by an ex ante business plan on the basis of which the decision to invest was made. A Member State can only invoke objective and verifiable elements taken into account prior to or at the same time as the decision to make an investment. Thus elements may be required that show that this decision is based on comparable economic assessments to those that a rational private investor in a comparable situation would have made before such an investment in order to determine its future profitability. However, it is not enough to rely on economic assessments made after the advantage was conferred, on a retrospective finding that the investment made was actually profitable or on subsequent justifications of the course of action actually chosen to conclude that a Member State had decided on the investment in the same way as a private shareholder in a market economy. [paragraph 150]

It went on to explain that “… the parameter whose validity must be assessed is the expected profitability of the investment as could be reckoned on from the available information and the developments that were foreseeable at the time” [151].

According to a business plan drawn at the time of the capital injection, the expected profitability of the new activities [concerning marketable risk] was about 2% and rose to about 4% on an optimistic growth scenario. Yet at that time, the risk-free rate of return given by long-term Belgian government bonds was over 4%. Since an investor always has to factor in additional market risk and company-specific risk, the expected return in the D/D business plan fell short of what a private investor would demand.

Second, when they need to inject capital they do not ask how much they should commit and whether it is capable of generating an acceptable return. Perhaps they believe, mistakenly, that legal compliance trumps the need to demonstrate the commercial viability of the business or project in which they invest.

Third, the capital injection may be economically rational for certain activities, but then they go on to assign new tasks and new activities to the business in which they invest. They create a mismatch of the funding base and the activities that are supposed to be funded.

When these errors are made, it is difficult to defend the investment for being economically rational. Not surprisingly in this case, the Commission found that the injection was State aid that could not be fit into any of the available exemptions. Therefore, it had to order Belgium to recover the aid.

This finding of incompatibility illustrates well the fourth typical error committed by public authorities that capitalise companies. Since they do not know whether the capital they inject constitutes State aid or not, they ignore to consider its compatibility with the internal market. But if a capital injection is State aid, then it is invariably operating aid that can hardly be found to be compatible with the internal market. Even in Article 107(3)(a) areas which in theory may receive operating aid, the rules on regional investment require that operating aid is temporary and digressive. It is unlikely that share capital, which is supposed to be long-term investment, satisfies those requirements.

In conclusion, this case shows that capital injection is a high-risk measure for public authorities. If it contains State aid, it is unlikely that the aid can be found to be compatible with the internal market.