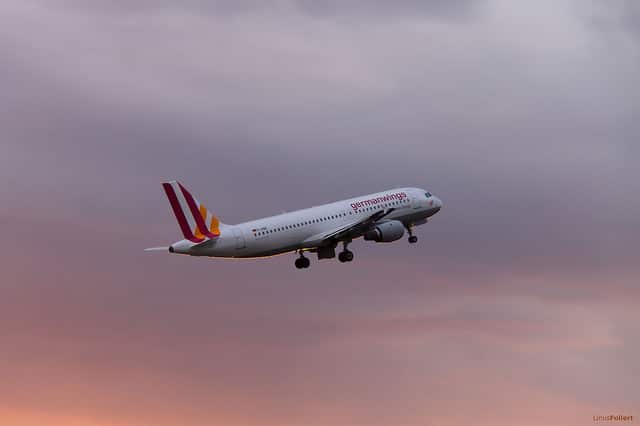 Fees charged by operators to users of infrastructure must cover all relevant costs. The relevant costs are those which are causally linked to the agreements between users and operators.

The rules in the Treaty on the Functioning of the European Union are neutral in their treatment of private or state-owned companies [Article 345 TFEU]. This means that companies cannot enjoy any advantage by the mere fact that they are owned by the state. It also means that the EU Treaty does not prohibit public authorities from buying companies or investing in companies.

For this reason the Commission had to come up with the means of detecting when state ownership or state investments would favour some companies over others and consequently distort competition. Since governments are not known for their superior managerial skills or commercial acumen, it is not a priori obvious what may motivate investments by public authorities and what their economic impact may be.

The Commission invented the Market Economy Investor Principle [MEIP] and its more recent equivalent of the Market Economy Operator Test [MEOT, which applies to operators of infrastructure projects], both of which have been endorsed by EU courts.

Since the MEIP and the MEOT are forward-looking they cannot be based on iron-clad facts. They necessarily involve assumptions. However, the case law requires Member States which claim to act as prudent market investors to show that those assumptions are reasonable, that they stem from credible information and that they lead to robust results.

Although both the MEIP and the MEOT are predicated on the tenet that a private investor or operator is motivated by a single objective – the pursuit of profit – the MEOT is slightly different from the MEIP. It is applied in cases of management of infrastructure that may have been built for public policy purposes. For example, many airports which are now commercially run were first built with vast amounts of public money, long before that public money was considered to be State aid. Since airport operators use pre-existing infrastructure and since they continuously develop that infrastructure in response to increases in demand for air travel it is, first, not possible to expect that the fees they charge to airlines must reflect the full value of the infrastructure and, second, it is difficult to attribute the costs of the continuous improvements to any particular airline. Necessarily, some of the older users may pay lower fees than those paid by more recent users who conclude agreements with airports at later points in time.

However, when the user of an infrastructure has special commercial needs and requires specific services or terminal configuration or terms of operation, the specific costs incurred by the operator in servicing that user must be included in the fee it charges. This raises the issue of causality. There must be a clear connection between the agreement between the user and the operator of the infrastructure, what the operator does to comply with the terms of the agreement and the revenue it earns and the costs it incurs as a result.

The case which is reviewed in this article reveals the importance of establishing a causal connection between the obligations assumed by an infrastructure operator and the costs it bears.

The first plea of German Wings was that the Commission failed to provide sufficient reasoning of how it reached its decision because some of the revenues and costs that it took into account were deleted in the non-confidential version of the decision that was published in the Official journal. The General Court dismissed this argument.

The non-confidential version clearly explained the Commission’s methodology and reasoning. According to the MEOT, a prudent market economy operator would expect at the time the contract was concluded that it would make profit. This profit would be the result of larger difference between revenue and costs with the contract as compared to a situation without the contract. All additional revenue and costs relating to the contract had to be taken into account, including all the additional operating costs and investment costs that would not have been incurred without the contract [i.e. renovation of terminal, new check-in counters, parking lots, additional personnel and material costs], as well as the cost of marketing support and other financial incentives [paragraphs 34-38].

The Court, however, acknowledged that the non-confidential version of the decision did not specify the individual amount for each type of expenditure, which was included in the total amount of EUR 1,717,673. Nor did it mention the amounts allocated to the contracts concluded by the airport with other airlines. Other airlines shared to varying degrees the same facilities as German Wings [paragraph 44].

Nevertheless, despite the absence of detailed breakdown of costs and revenue allocated to each airline, the General Court still concluded that the Commission’s reasoning was clear and did provide sufficient information to German Wings to contest the decision. In addition, German Wings did not question the overall amount of EUR 1,717,673 [paragraphs 45-49].

Overall, the General Court dismissed the first plea on the grounds that absence of some information from the Commission decision could not lead to the conclusion that that decision was not sufficiently reasoned [paragraph 50].

The application of the MEOT

In its second plea, German Wings contended that it had obtained no advantage because the calculations of the Commission were wrong and because they deviated from past Commission practice. With respect to the second part of this plea, the General Court reiterated the well-established principle in the case law that since the concept of State aid is objective, past Commission practice is not relevant [paragraph 58]. Indeed, in numerous judgments, both EU courts have stressed that each case has to be examined on its own merits and that the Commission is not bound by its past decisional practice.

The Court turned its attention to how the Commission carried out the MEOT by first recalling that only facts available at the time can be taken into account, that, given the complexity of the task at hand, the Commission enjoys considerable discretion, and that, although the Commission is obliged to take all relevant facts into account, it cannot be faulted if a Member State or interested parties fail to submit them [paragraphs 66-68].

In this case, German Wings disputed the allocation to its agreement with the airport of additional costs stemming from the depreciation of the investment in the renovation of the airport terminal.

In addressing this issue, the General Court also took into consideration the wording of points 63 and 64 of the Aviation Guidelines. Point 64 of the Guidelines stipulates that “if the airport needs to expand or build a new terminal or other facilities mainly to accommodate the needs of a specific airline, such costs should be taken into consideration when calculating the incremental costs. In contrast, costs which the airport would have to incur anyway independently from the arrangement with the airline should not be taken into account in the MEO test.”

The General Court concluded that the Commission failed to prove that the investments in the terminal had been undertaking solely or primarily in order to provide services to German Wings [paragraphs 70-73].

Interestingly, the General Court faulted the Commission for having relied on statements by the German authorities on how costs had been allocated. According to the Court, the Commission was obliged to establish on the basis of objective evidence how costs had actually been allocated [paragraphs 76-79]. Indeed it appears that no specific commitments had been made by the airport to German Wings.

The General Court also faulted the Commission for not having determined the date that the investment decision was made by the airport. The date was important in order to link the investment to the agreement between the airline and the airport [paragraphs 81-83].

In addition, the General Court did not find any evidence in the Commission decision showing that the agreement “caused” or led to the investment [paragraph 84]. Nor, was there any evidence that the investment was a prerequisite to the start of operations by German Wings at Zweibrücken [paragraph 86]. In this connection, the Court noted that German Wings began its operations six months before the completion of the works on the terminal.

For all of the above reasons, the General Court partly annulled the Commission decision. German Wings raised several pleas on other matters which are not relevant here.

[1] The text of the judgment in French and German can be accessed at: