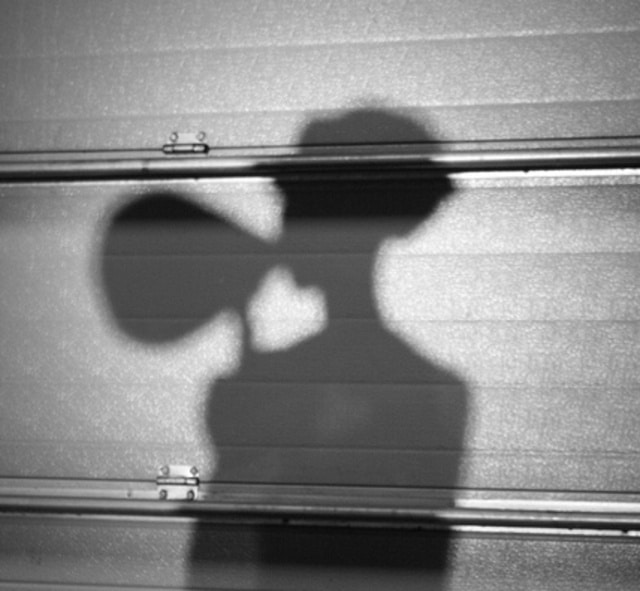 Public pronouncements can confer an advantage if they are sufficiently precise and clearly commit a public authority to support an undertaking.

Politicians often claim that they would never allow important national companies to go bust. Occasionally, such claims appear to sway market sentiment in favour of those companies. Private investors are heartened by the avowed support of the government and become more willing to commit their own money in the companies that the state considers to be indispensable.

But are private investors so naïve? Do they really take politicians’ words at face value? About ten years ago, the Commission concluded in a case involving France Telecom that markets did believe what the government of the day said and that, as a result, the statements of the government enabled France Telecom to benefit from a more favourable credit rating.

The original judgment of the General Court concerned requests for annulment of Commission decision 2006/621 of August 2004 on State aid that France granted to France Telecom [OJ L 257, 2006].

The case is fascinating. The Commission had considered that public pronouncements by the French government in support of France Telecom, which at the time had problems accessing capital markets, were State aid. Moreover, the State aid was incompatible with the internal market and had to be recovered.

The General Court in its first judgment annulled the Commission decision on the grounds that politicians may not be able or may not intend to give effect to whatever statements they make. In that judgment the General Court defined a set of novel criteria for determining whether public statements were tantamount to State aid.

According to that criteria, a political authority must have resources at its disposal and must have the power to utilise those resources without any further approval by another body. In the case of France, the General Court found that the French economics minister, who was responsible for France’s 52% stake in France Telecom, did not have ready resources at his disposal. He needed to obtain the approval of the French Parliament to release money from the general state budget. For this reason, the General Court concluded that there was no certainty that the public pronouncements of the minister could automatically translate into State aid for France Telecom.

Unfortunately, when the Commission appealed against the original judgment of the General Court, the Court of Justice did not examine and therefore did not confirm the criteria that had been developed by the General Court to evaluate public pronouncements. Nonetheless, the Court of Justice agreed with the Commission that France Telecom benefitted from State aid but on different grounds.

The Court of Justice came up with its own novel criteria to establish the existence of State aid. The Court of Justice noted that although at the time of the minister’s public pronouncements [July and September 2002] no state resources were made available to France Telecom, a shareholder loan was eventually offered several months later [December 2002]. The Court linked the earlier pronouncements and the later loan in an innovative way that consisted of three parts.

First, it explained that several, seemingly separate, actions can form a single measure if they aim to achieve the same objective. The public pronouncements and the eventual loan had the same purpose: to support France Telecom which could not obtain funding from capital markets. Second, the Court determined that the amount of state resources put at the disposal of an undertaking does not have to be equal to the size or extent of advantage derived by that undertaking. The Court had to de-link the amount of resources from the size of the advantage because as a result of the minister’s public pronouncement, the credit rating of France Telecom improved and it was able to secure cheaper funding from the market. In the end, France Telecom actually declined to receive the loan offered by France. In other words, France Telecom received no state money. But it had already benefitted from cheaper capital from the markets. Hence the advantage of France Telecom was not strictly equivalent to the nominal amount of the loan. Third, the Court of Justice declared that even though France Telecom turned down the loan, the decisive element was that it was put at its disposal and the French state was committed to granting it. The decisive element was the commitment of the state rather than whether the loan was taken up.

The applicants first raised a number of procedural issues which were all dismissed by the General Court. Their main substantive plea was that the Commission had erred in finding that the shareholder loan was State aid instead of a normal business measure that a private investor would have willingly undertaken.

The General Court began its assessment by recalling the relevant principles of the case law according to which, first, only advantages granted directly or indirectly through state resources or constituting an additional burden for the state are to be considered as aid. Second, it is not necessary to establish in every case that there has been a transfer of state resources for an advantage to be granted to one or more companies. Third, the advantage that falls within the scope of Article 107(1) is any economic benefit which the recipient undertaking would not have obtained under normal market conditions such as those that mitigate the normal burden on the budget of an undertaking. Fourth, contributions by public authorities to the capital of an enterprise in any form whatsoever may constitute State aid. Fifth, it follows, however, from the principle of equal treatment between public and private enterprises that capital placed at the disposal of a business by the state in circumstances which correspond to normal market conditions, cannot be characterised as State aid [paragraphs 188-193]. Having identified the relevant principles, the General Court went on to examine whether the shareholder loan offered by the French state could have been provided under normal market conditions by a prudent investor. Then it summarised the main points of the Commission’s reasoning on this issue.

The Commission’s starting premise was that the French authorities already decided in July 2002 to support France Telecom. The shareholder loan of December 2002 was the realisation of that decision. Next, the Commission claimed that, given the difficult financial situation of France Telecom in July 2002, the loss of market confidence at the time, the absence of any audit of the company before October 2002 and the absence of realistic debt-reduction plan before December 2002, a prudent private investor would not commit in July 2002 to support the company.

Although the General Court did not doubt the correctness of those facts, it questioned the time period used by the Commission. The General Court asserted that the Commission should have concentrated instead on the events that took place in December 2002. The shareholder loan offered in that month was preceded with a press statement outlining the intentions of the French state.

However, the Court also acknowledged that the statements of July 2002 did confer an advantage to France Telecom because the latter was able to improve its credit rating and refinance more cheaply its short-term debts amounting to EUR 15 billion [paragraphs 203-215].

Despite acknowledging the existence of an advantage, the General Court criticised the Commission for not having established that the advantage from the earlier pronouncements was linked to a transfer of state resources. The General Court thought that “un lien suffisamment direct” [paragraph 216] was not proven.

The General Court therefore concluded that the Commission committed an error of law by applying the private investor test, in the first place and essentially, to the statements of July 2002. [Paragraph 218]

At which point in time should the private investor principle be applied?

The General Court also found the analysis of the Commission to be incomplete because it disregarded the actions of the new management of France Telecom that was installed in October 2002, the restructuring that had already been initiated since October and several other decisions by private investors. The General Court did not claim that they would have been sufficient to change the findings of the Commission; only that the Commission ignored them. Whether they were decisive or not was a different issue.

Next to the question which measures had to be taken into account, the General Court considered the point in time at which the measures should have been analysed. According to the Court, the Commission should have applied the test of the private investor in relation to the time when the measures [the notice of December 2002 and the shareholder loan offer] were taken by the French government, namely December 2002. [Paragraphs 219-222]

The Commission in fact applied the test in relation to the situation as it existed before July 2002 and argued that the statements of July “contaminated” the market and therefore the private investor test could not be seen in the facts and circumstances of December alone. The General Court called this approach “artificial” and manifestly erroneous. [Paragraph 232]

Then, however, the General Court seemed to return to the logic of its analysis in the first judgment. It noted that it was not enough that pronouncements by public authorities could be perceived by the market as revealing a firm commitment to support the company. That conclusion assumed that the relevant pronouncements were sufficiently clear, precise and firm. According to the Court, the statement of July 2002 was vague and imprecise and did not commit the French government to any specific course of action. [Paragraphs 235-245]

The General Court also cast doubt on the validity of the Commission’s premise that the markets actually took the pronouncements of the French government at face value. Consequently, the Commission was wrong to rely on the statement from July 2002 to apply the test of the prudent private investor. [Paragraph 248]

But the General Court is right that market operators are not naïve. Empty statements by politicians can be ignored. This means that the Commission cannot just identify any boasting statement that is made by a politician, link it to a subsequent measure of public support of a company and then conclude that the statement and the measure are not, taken together, consistent with the behaviour of a prudent investor. The General Court seems to be asking the Commission to focus on the economic rationality of the measure in question and ignore statements of valiant intentions by politicians seeking to raise their approval ratings.

However, the views of the General Court are not fully robust. It itself acknowledged that market sentiment did change as a result of the public pronouncements. All sides agreed that the credit rating of France Telecom did improve. So the General Court implicitly admitted that market participants did believe that the public pronouncements were credible. At the same time it claimed that they were vague and non-committal. There is certainly a contradiction here.

But even if there were no contradiction, it is difficult to understand what legal standard of proof the Commission must reach in such cases. How can anyone measure, first, the credibility of a statement and, second, the extent of its actual impact on the market? The Commission in its original decision limited itself to noting that the credit rating of France Telecom improved. The Court of Justice explicitly accepted that the extent of the advantage was difficult to measure, but consider it not to be decisive because it de-linked the amount of state resources from the size of the advantage. The General Court seems to be re-linking them, creating in the process a vague legal standard.

[1] I am grateful to Maria Geilmann for insightful comments on a previous draft of this article.