You are here: Lexxion > State Aid Blogs > State Aid Uncovered > Bank Resolution Has to Comply with State Aid Rules as well as the Banking Recovery and Resolution Directive 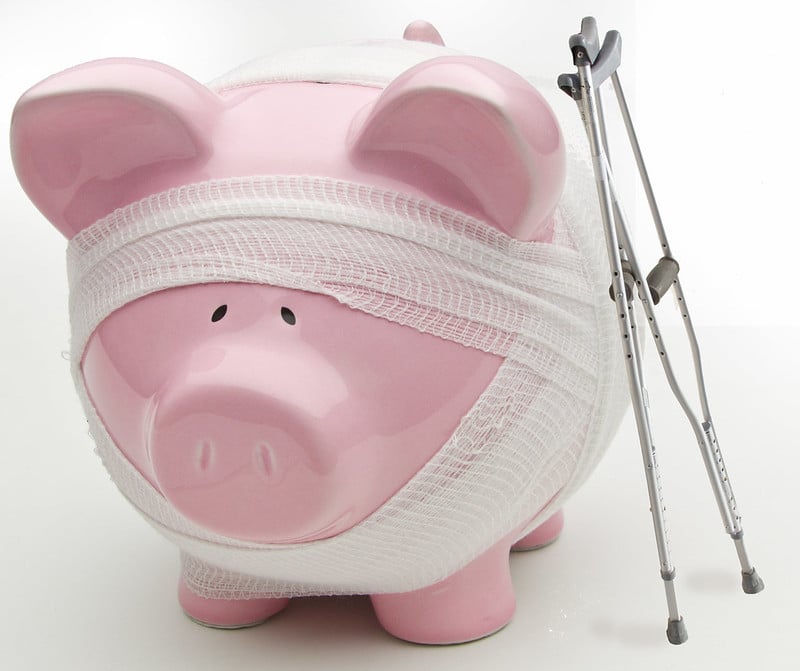 Insurance funds contributed by banks become state resources if they are managed by public agencies. Sale of non-performing loans at market prices does not involve State aid.

The rescue or restructuring of any bank must now involve “burden sharing”. This is a fundamental requirement laid down in the 2013 Banking Communication. Without sufficient burden sharing no State aid is allowed [unless it can be shown that burden sharing would affect financial stability or it would be disproportional, something that has not happened so far].

Burden sharing is the term used in State aid rules for bailing-in shareholder and creditors. The recently established Banking Union aims to harmonise banking regulation and sever the link between banks and sovereigns. Banks in trouble have to be rescued by their owners or creditors, not taxpayers. Both the 2013 Banking Communication the Banking Union rules define the sequence of who contributes to restructuring or recovery of banks. Shareholders and unsecured creditors go first, while taxpayers come last.

Therefore, when the Commission assesses the compatibility of State aid involved in a resolution measure it also has to confirm that it does not violate “intrinsically linked provisions” of either the Regulation or the Directive which form one of the pillars of the Banking Union.

The objective of the measure was to establish a framework for the smooth resolution of small banks by facilitating the acquisition of distressed banks by viable financial institutions, selected through a competitive process. The resolution intended to achieve the highest possible price for the bank under sale, and in this way it would reduce the final cost of resolution that would have to be borne by the state.

At the end of 2015 there were 33 authorised credit institutions in Croatia with assets totalling about EUR 51 billion. These institutions were licensed by the Croatian National Bank [CNB]. Both the CNB and the Agency for Deposit Insurance and Bank Resolution are responsible for bank resolution in Croatia. The CNB regulates and identifies failing banks while the Agency executes the resolution. The Agency also acts as the Deposit Guarantee Scheme [DGS] of Croatia. Under EU law, Member States have to guarantee deposits up to EUR 100,000. The funds of the Agency are contributed by banks, according to the requirements of Directive 2014/49 for deposit insurance and of Directive 2014/59 for bank resolution. [Each bank contributes a certain amount until the total funds reach a level that is equal to 1% of all insured deposits.]

The Commission decision describes the resolution process as follows [paragraphs 9-17]:

A comment is in order here. The order of bail-in is laid down in Article 34 of Directive 2014/59. According to Article 44 of the same Directive, resolution action may not bail-in covered deposits [i.e. up to EUR 100,000], secured liabilities, tax and social insurance liabilities and salaries. Furthermore, resolution funds may contribute to the recovery of a bank either by covering losses or by recapitalising it [i.e. buying shares]. The loss absorption or recapitalisation may take place only when the bailed-in assets contribute at least 8% of total liabilities. Moreover, the total amount of the resolution action may not exceed 5% of total liabilities.

Resolution action constitutes State aid in those situations when the Agency has to provide support for the recapitalisation of an institution under resolution, in case the bailed-in assets are not enough. In this case, the aid will be in the form of new shares in the institution concerned.

In addition, the Agency will compensate covered depositors for losses they would have suffered in insolvency.

“(39) […] all financial means by which the public authorities actually support undertakings fall under State aid control, irrespective of whether those means are permanent assets of the public sector. Compulsory contributions that are mandatory by and managed and apportioned in accordance with the law or other public rules imply the presence of State resources, even if not administered by the public authorities. The mere fact that resources are financed by private contributions is not sufficient to rule out the public character of those resources. The relevant factor is not the direct origin of the resources but the degree of intervention of the public authority within the definition of the measure and its method of financing.”

“(41) The Court of Justice has also clarified in Stardust Marine that imputability to the State of an aid measure taken by a prima facie independent body which does not itself form part of the State (for instance, a public undertaking) can be inferred from a set of indicators arising from the circumstances of the case, such as the fact that, apart from factors of an organic nature which link it to the State, the body in question cannot take the contested decision without taking into account the requirements or directives of the public authorities before taking the decision allegedly involving State aid. Other indicators might, in certain circumstances, be relevant in concluding that an aid measure taken by a public undertaking is imputable to the State [e.g. supervision by public authorities, T-387/11 Nitrogénművek Vegyipari v Commission, paras 65 and 66]. Similarly, the fact that private persons participate in the running of an entity is not sufficient to exclude imputability to the State of the interventions at issue.”

Relying on the above principles, the Commission went on to find that the CNB and the Agency were arms of the state as they pursued public policy objectives laid down by law while their decision-making bodies were appointed by the Croatian government. “(43) Regarding the State support provided by the [Agency] as resolution fund, the Commission considers that, in line with established case-law [C-345/02, Pearle and others, paragraphs 37 and 38; Commission decision NN 61/2009, rescue and restructuring of Caja Castilla-La Mancha, recitals 96-118], the intervention by the resolution fund – even if financed through private contributions as it is presently the case in Croatia – involves State resources, in light of the following considerations.”

“(45) Regarding the intervention by the [Agency] as the DGF, the Commission considers that the intervention from the DGF also involves State resources.” “(46) As mentioned already in recital (41) the case-law of the Union courts considers measures imputable to the State and financed through State resources where a set of indicators show that, under application of national legislation, the State exercises control and influence to ensure that the use of resources of a private body fulfils a public policy objective with which that body is entrusted.” “(47) In this respect, as pointed out in recital (42), the State exercises control over the use of resources of the [Agency] in all its roles, according to the mandate it has given to the [Agency] by its establishment law. Not only does the State decide the overall strategy of the [Agency] by directly appointing the members of the Management Board, but it also controls its day to day operations as the Agency’s executive director is appointed and revoked by the government. As the State guarantees the commitments of the [Agency], it also bears the final risk of its actions.”

Given that all the other conditions of Article 107(1) were easily satisfied, the overall conclusion was that resolution action constituted State aid. However, there was an exception to this overall conclusion. One of the resolution tools at the disposal of the Agency was the sale of assets such as non-performing loans [NPL]. Croatia committed to transfer NPL portfolios to new owners at market prices. Neither the new owner, not the bank under resolution would derive an advantage. In this case, the Commission found the transfer to be free of State aid [paragraph 53].

The Commission, first, recalled that the measure had to be appropriate to remedy a serious disturbance in the Croatian economy. It accepted that “(55) […] the strong regional presence of the small banking institutions is vital for the provision of loan and deposit services for retail and small and medium sized companies. The introduction of the resolution scheme for such institutions’ orderly wind-down in case of difficulties […] is an appropriate response to the potential disruptions that the Croatian economy may experience otherwise.”

It then proceeded to examine the compatibility of the measure under the 2013 Banking Communication. It concluded that indeed it complied with the requirements of that Communication and therefore the measure was compatible with the internal market on the basis of Article 107(3)(b) TFEU.

The Commission also examined whether the measure violated any “intrinsically linked provisions” of Directive 2014/59 on bank recovery and resolution, which in this specific case related to Article 44(5) and Article 59(3).

“(76) In addition, according to Directive 2014/59, Member States must apply provisions adopted to comply with Section 5 of Chapter IV of Title IV, which includes Article 44(5). In the case of Croatia, the relevant legislation transposing the Directive has been in force since 1 February 2015.”

For all the above reasons, the Commission decided that any aid to banks under resolution was compatible while assets sold through a competitive procedure did not involve State aid.