You are here: Lexxion > State Aid Blogs > State Aid Uncovered > State Aid Control in the UK after its Exit from the European Union 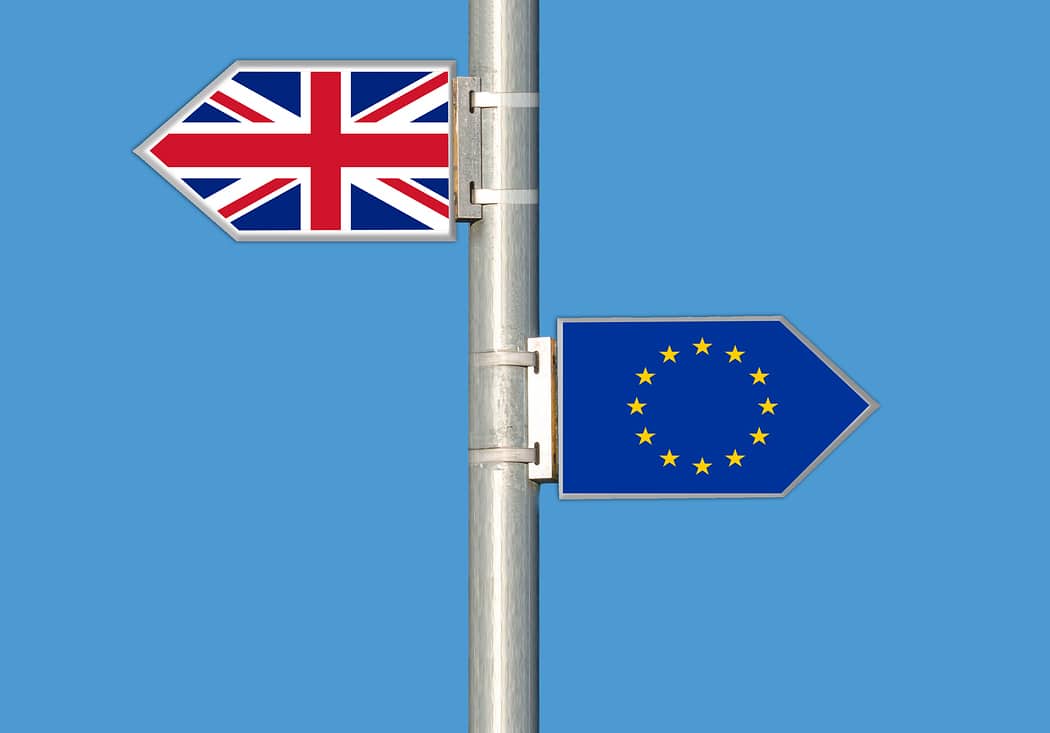 After its withdrawal from the EU, the UK is likely to maintain a State aid regime that is similar to that of the EU.

Second, will a complaint concerning pre-2020 illegal aid that is lodged with the Commission after 2020 also be considered as falling within the scope of Article 89 WA? Probably, it will because the “facts forming the subject matter” of the administrative procedure will have occurred before the end of the transition period.

Therefore, it is likely that EU State aid rules will continue to have an impact on the UK economy after 2020. Indeed this is more recently confirmed by the White Paper that was submitted by the UK government in July 2018 to Parliament.[2] The Paper, which is entitled “The Future Relationship between the United Kingdom and the European Union”, declares that “in light of the depth of this partnership, binding provisions that guarantee an open and fair trading environment – (the UK is) committing to apply a common rulebook for State aid (and) establishing cooperative arrangements between regulators on competition”. [p.9] It also declares that the economic partnership with the EU “would … incorporate binding provisions related to open and fair competition, with a common rulebook for State aid, (and) cooperative arrangements on competition”. [p.14]

While legacy issues will affect the UK for some time after its exit from the EU and also after the end of the transition period, the most significant channel through which EU State aid rules are likely to spill over into the UK is a formal agreement between the EU and the UK on Northern Ireland.

Paragraph 12 of the negotiating guidelines given to the Commission by the European Council on 23 March 2018 states the following:[3]

“Given the UK’s geographic proximity and economic interdependence with the EU27, the future relationship will only deliver in a mutually satisfactory way if it includes robust guarantees which ensure a level playing field. The aim should be to prevent unfair competitive advantage that the UK could enjoy through undercutting of levels of protection with respect to, inter alia, competition and State aid, tax, social, environment and regulatory measures and practices. This will require a combination of substantive rules aligned with EU and international standards, adequate mechanisms to ensure effective implementation domestically, enforcement and dispute settlement mechanisms in the agreement as well as Union autonomous remedies, that are all commensurate with the depth and breadth of the EU-UK economic connectedness.”

Although Annex 2.9 is still empty, it is rather likely that the EU will demand that the same State aid rules apply to either side of the border between the Ireland and Northern Ireland. This immediately raises the important question whether the UK will or should seek to apply different rules concerning State aid in the rest of the UK without causing competition distortions in the trade between Northern Ireland and other regions of the UK. Since it is not obvious how different sets of rules can be applied in different regions of the same country without leading to distortions of competition within the country, it can be tentatively concluded that the EU’s State aid rules will spillover through Northern Ireland to the rest of the UK.

Article 9 of the Protocol does not touch on the enforcement of the aid and the rules that will be listed in Annex 2.9. It will be difficult for the same UK authority to apply two sets of rules if they are not consistent with each other.

The UK has already began preparations to assume enforcement tasks. Although it is not yet formalised, it is expected that the Competition and Markets Authority (CMA) will enforce State aid rules in the future (the July 2018 White Paper says so (p.38)). Staff at the CMA are already being trained on State aid rules and procedures.

At present, decisions of CMA can be appealed to the Competition Appeals Tribunal (CAT) which is an independent court. In turn, the decisions of the CAT can be appealed to the various appeals courts of the UK, depending of where proceedings are initiated. Unavoidably the question that arises is whether and how the rulings of UK courts will be aligned to those of EU courts to ensure consistent and uniform interpretation.

The UK wants to end the jurisdiction of the Court of Justice. The July 2018 White Paper makes it clear that a future agreement with the EU “would include robust and appropriate means for the resolution of disputes, including through a Joint Committee and in many areas through binding independent arbitration – accommodating through a joint reference procedure the role of the Court of Justice of the European Union as the interpreter of EU rules, but founded on the principle that the court of one party cannot resolve disputes between the two.” [p.11] This may mean that the UK is willing to accept the interpretation of the Court of Justice for as long as it does not have a different view of its own. Then, conflicting views will have to be ironed out through a bilateral procedure. The future institutional arrangements are likely to be complex.

Will it be in the UK’s interest to deviate from the EU’s regime?

The White Paper on “The Future Relationship between the United Kingdom and the European Union” of July 2018 notes that “the UK has been a leading advocate of the development of the EU State aid and competition regime, and has much to gain from maintaining disciplines on subsidies and anti-competitive practices.” [p.37] Indeed the UK has had a very good compliance record and it is in its own narrow interests to maintain the status quo. For example, if the UK leaves without any agreed rules on State aid, UK companies receiving State aid in the future would be exposed to the risk of countervailing measures by the EU within the WTO framework on subsidies.

However, even if the UK chooses to maintain a State aid regime in the future, it does not follow that the rules will be identical to those of the EU. Among others, the UK could deviate with respect to the definition of assisted areas, the weight it will attach to market distortions caused by State aid, the assessment of the “common interest” and the thresholds for individual notification laid down in a future GBER. A case in point is the UK’s rekindled interest in industrial policy as well as recent proposals for tax incentives, some of which could be linked to setting up operations in enterprise zones.

At any rate, the 2018 White Paper warns that the UK may deviate from EU rules with respect to two and possibly three issues. The acceptance of common rulebook “is without prejudice to the UK’s intention to develop new tailored arrangements in relation to payments to farmers and other land managers for environmental benefits, and the UK’s future public procurement policy.” [p.38] In addition, it stresses that “the UK’s proposal for its future economic partnership with the EU would not fetter its sovereign discretion on tax, including to set direct or indirect tax rates, and to set its own minimum tax rates.” [p.38]

Another issue that is likely to arise in the not so distant future but which is rather impossible to predict how it may evolve is how much competition between its devolved administrations the UK will be prepared to tolerate in the absence of a State aid regime like that of the EU. At present, the UK does not need to establish national rules on subsidies granted by England, Scotland, Wales or Northern Ireland. However, if it leaves the EU without any formal agreement in place, then the challenge that will confront the UK is whether it should tolerate a subsidy competition such as that which takes place between the individual states of the United States. There is ample evidence that the US regime results in significant waste of public resources. In this respect, the July 2018 paper assures that “the CMA, […], will take on the role of enforcement and supervision for the whole of the UK. The Government will continue working with the Scottish Government, Welsh Government and Northern Ireland Executive, when in place, to ensure the new framework for State aid works for the whole of the UK.” [p.38]

The exit of the UK is not likely to result in an exit from the EU’s State aid regime. At least until the end of the transition period on 31 December 2020, both sides agree in principle that EU law, including competition rules, will apply to the UK.

After the end of the transition period, State aid rules will probably continue to be enforced in Northern Ireland to ensure frictionless trade across the Irish border. But the UK has also declared its willingness to apply a State aid regime in the whole of the country. It will be in the UK’s own interests to retain the present State aid regime to prevent distortions to competition in bilateral trade. A State aid regime will also act as an insurance policy to protect the UK from countervailing action by the EU in the framework of WTO.

What of course is unknown at this stage is whether the UK will apply precisely the same rules as those of the EU, as is currently the practice in the EEA, or will enforce different but somehow equivalent rules.

[1] The draft Withdrawal Agreement can be accessed at: https://ec.europa.eu/commission/publications/draft-withdrawal-agreement-withdrawal-united-kingdom-great-britain-and-northern-ireland-european-union-and-european-atomic-energy-community_en.

[2] The White Paper can be accessed at: https://www.gov.uk/government/publications/the-future-relationship-between-the-united-kingdom-and-the-european-union.

[3] The negotiating guidelines can be accessed at: https://www.consilium.europa.eu/media/33458/23-euco-art50-guidelines.pdf.