You are here: Lexxion > State Aid Blogs > State Aid Uncovered > The Compatibility of State Aid with the Internal Market: Lessons from “Hinkley Point C” – Part I 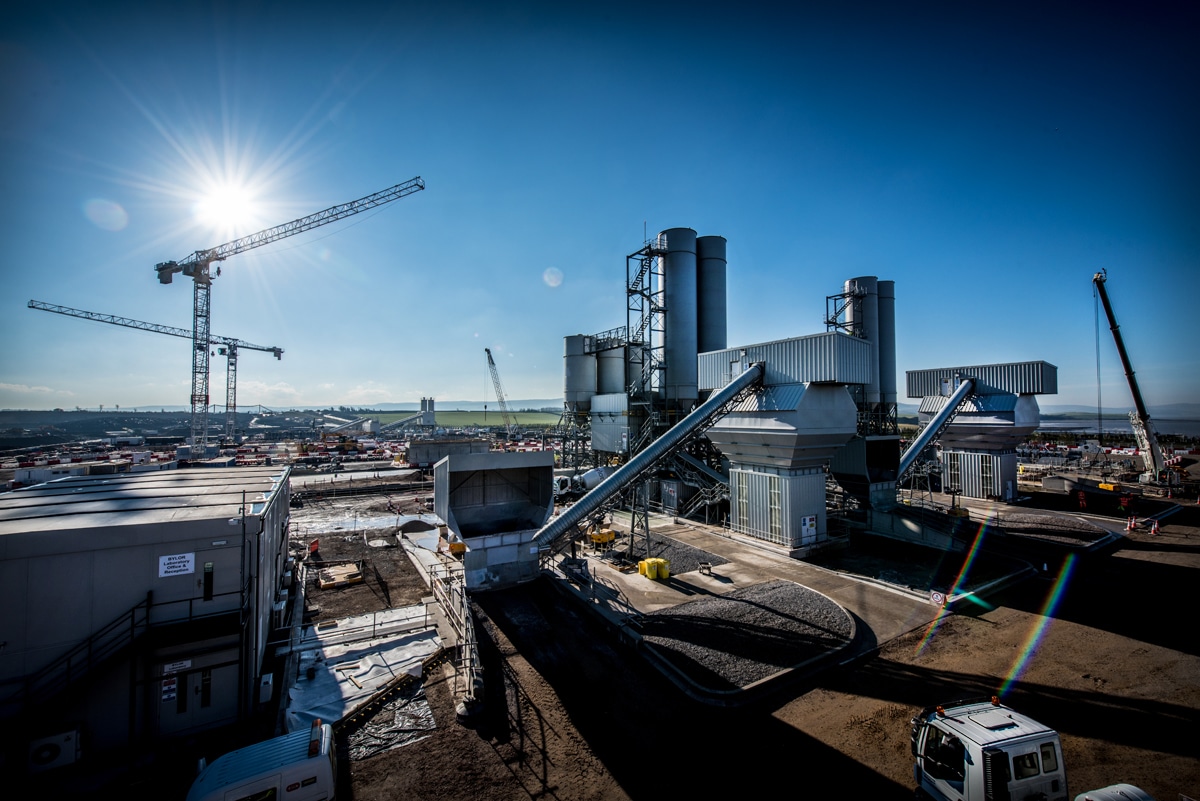 The objective of common interest that should be supported by state aid does not have to be an objective agreed by all Member States.

On 12 July 2018, the General Court ruled in a complex case brought by Austria and Luxembourg against Commission decision 2015/658 which had authorised State aid for Hinkley Point C, a new nuclear power plant in the UK. The judgment in case T‑356/15 must be one of the longest ever in the field of State aid. It stretches to 736 paragraphs over more than 100 pages.[1]

Second, it is probably the only judgment in recent memory that explains the difference between the need for the aid to promote an objective of common interest and the need to avoid disturbance of trade that would be contrary to the common interest. This may sound like lawyers splitting hairs but it is an important hair in understanding the meaning of Article 107(3)(c) which is the legal basis for the compatibility of the overwhelming majority of State aid, counted in terms of either measures or volume.

Third, it reiterates and elaborates on the principle that market failure is a sufficient but not indispensable condition for demonstrating the necessity of State aid. What is required is that aid facilitates the achievement of a legitimate public policy objective even when the market functions perfectly. In other words, the boundaries of public policy can stretch beyond the mere remedying of market failure.

Because of the length of the judgment itself and because this article is divided in three parts that will be published on three consecutive weeks, the reader may benefit from a summary of the main findings of the General Court at the beginning rather than the end of the article.

A summary of the main points of the judgment

In October 2013, the UK notified measures in support of the Hinkley Point C nuclear power station. The beneficiary was NNB Generation Company (NNBG), a subsidiary of France’s EDF. In December 2013, the Commission decided to initiate the formal investigation procedure. In October 2014, the Commission adopted decision 2015/658 authorising the aid after the UK agreed to modify the initial measures and accept certain conditions.

The aid to NNBG is made up of three distinct measures: The first is a “Contract for Difference” which is intended to ensure price stability for electricity sales by NNBG during the operational phase of Hinkley Point C. If the sale price of NNBG (covering NNBG’s projected construction and operating costs, including a reasonable profit) is below a reference price (corresponding to the weighted average of wholesale electricity prices), NNBG will receive a payment corresponding to the difference between those two prices. That right to a difference payment will be limited by a maximum output cap. By contrast, when the reference price is higher than the strike price, NNBG will be obliged to pay to the state the difference between those two prices.

The second measure is an “agreement” between the UK’s Secretary of State for Energy and Climate Change and NNBG’s investors. That agreement supplements the Contract for Difference. It provides that if, following an early shutdown of Hinkley Point nuclear power station on political grounds, NNBG’s contracting partner were to default on compensatory payments to NNBG’s investors, the Secretary of State will pay an agreed compensation to the investors. It also provides for gain-share mechanisms.

The third measure is a “credit guarantee” by the UK on bonds to be issued by NNBG, guaranteeing the timely payment of principal and interest of qualifying debt, which may reach up to GBP 17 billion. NNBG will pay a guarantee fee of 295 basis points which was approved by the Commission.

Austria, and Luxembourg, submitted multiple pleas with several sub-arguments each. The General Court decided to group the various pleas and to consider first whether the development of nuclear energy was compatible with Article 107(3).

Nuclear energy and the common interest

Austria argued that the development of nuclear energy was not consonant with the common interest.

The General Court explained at the outset the reasons for the compatibility of State aid granted on the basis of Article 107(3)(c). [I ignore here the Court’s explanation of the relationship between the Euratom Treaty and the TFEU and why the TFEU can also apply to nuclear energy]. Then the Court went on to recall that “(48) in order to be capable of being declared compatible with the internal market pursuant to Article 107(3)(c) TFEU, aid must be aimed at the development of an activity that constitutes a public interest objective and must be appropriate, necessary and not disproportionate”. [The General Court cited extensively case T‑177/07, Mediaset v Commission]. Later on in paragraph 83, the Court referred to the “public interest objective” as “an objective in the ‘common’ interest”.

Then it made an important clarification. “(84) The reference in the judgment […] Mediaset v Commission […] to the pursuit of a ‘common’ interest cannot be construed as a requirement that only those objectives that are in the interest of all or the majority of the Member States could be taken into account in the context of the application of Article 107(3)(c) TFEU.”

The Court elaborated further that “(85) in the context of the application of Article 107(3)(c) TFEU, it is necessary to distinguish between, on the one hand, the objective pursued by a Member State, which may consist in particular in developing an activity, and, on the other hand, the condition that State aid must not adversely affect trading conditions to an extent contrary to the common interest.”

“(86) It cannot be concluded that Article 107(3)(c) TFEU limits the objectives capable of being pursued by Member States to those that are in the interest of all or the majority of the Member States of the European Union. In referring to a ‘common’ interest in … the judgment […], Mediaset v Commission […] the Court was merely indicating that the interest had to be a public interest and not just a private interest of the beneficiary of the aid measure.” (The common interest cited in Mediaset v Commission was a correction of market failure in the digitisation of broadcasting. There was no deeper analysis of the possible differences, or coincidence, between common and private interests.)

“(87) As regards the concept of common interest mentioned at the end of Article 107(3)(c) TFEU, it should be noted that it relates to the balance to be struck between the advantages and disadvantages arising from an aid measure, and precludes measures which adversely affect trading conditions to an extent contrary to the common interest from being authorised. It is therefore relevant to a subsequent stage of the examination carried out in the context of the application of that provision. Accordingly, it cannot be inferred from this that the public interest objectives that may be pursued by a Member State are limited to those that are common to all or to the majority of the Member States.”

On the basis of the above reasoning, the Court concluded that the UK was entitled to decide that the development of nuclear energy was in its public interest, without the Commission having to determine whether that policy objective was shared by all Member States. (Paragraph 88)

This is an important clarification of the meaning of Article 107(3)(c). The interests of other Member States are safeguarded by the requirement that trade is not excessively distorted, not by coincidence of policy preferences.

The Court also rejected the arguments of Austria that the Commission disregarded the fact that the need for aid and its impact on trade between Member States had to be assessed from the point of view of the European Union and that the concepts of common interest mentioned in connection with Article 34 TEU and Article 142 TFEU also relate to the interest of all the Member States.

“(92) Suffice it to note in that regard that, …, the Commission did not call in question the fact that, in so far as Article 107(3)(c) TFEU provides that State aid must not adversely affect trading conditions to an extent contrary to the common interest, it is necessary to take into account the interest of the European Union and of all the Member States. As has been explained in paragraph 88 above, in those recitals, the Commission did not state its view on that weighing of interests, but only on the question whether the United Kingdom was entitled to decide upon the promotion of nuclear energy as a public interest objective.” “(95) Under Article 107(3)(c) TFEU, the public interest objective pursued by the measure in question does not necessarily have to be an objective that is shared by all or by the majority of the Member States.”

The Court replied that “(112) it cannot be concluded that the [above mentioned] principles […] preclude a Member State from deciding upon the promotion of nuclear energy as a public interest objective for the purposes of Article 107(3)(c) TFEU.”

In another plea Austria contented that the Commission was wrong to find that the technology to be used in Hinkley Point C was new. In addition it argued that Article 107(3)(c) TFEU and Article 2(c) of the Euratom Treaty require the development of activities and that a mere replacement measure does not fulfil that condition. Furthermore, according to Austria, Article 6 of Regulation 651/2014 [concerning the existence of an incentive effect], the Guidelines on State aid for environmental protection and energy 2014-2020, and the Communication from the Commission on the Framework for State aid for research and development and innovation preclude measures intended solely to enable an undertaking to use the latest technical advances or to comply with safety or environmental rules in force from being deemed compatible with the internal market.

It is worth noting that Article 6 of Regulation 651/2014 makes no reference to any requirement that aided investment must go beyond the latest technical advances or applicable environmental rules.

The Court rejected the first part of the plea on the grounds that the Commission had found that the aim of the aid was to incentivise new investment, not new technology.

In relation to the reference to Regulation 651/2014, the Court observed that it “(141) merely provides for a standardised block exemption approach, but is not binding on the Commission in the context of an individual examination conducted directly on the basis of Article 107(3)(c) TFEU.” That is, the Commission may use other criteria to assess State aid outside the GBER.

“(142) As regards the Guidelines on State aid for environmental protection and energy 2014-2020 and the Communication from the Commission on the Framework for State aid for research and development and innovation, it must be noted that the Republic of Austria’s arguments relate, on the one hand, to the objective of going beyond EU environmental protection standards and the objective of increasing the level of environmental protection in the absence of EU standards, which are mentioned in point 18(a) of those guidelines, and objectives relating to research, development and innovation, on the other. However, in the contested decision, the Commission did not assess the compatibility of the measures at issue in the light of those objectives. Accordingly, those arguments must be rejected.”

The Court also recalled that “(143) Article 107(3)(c) TFEU merely requires that aid measures be intended to facilitate the development of certain activities. Article 2(c) of the Euratom Treaty is intended to facilitate investment and ensure the establishment of the basic installations necessary for the development of nuclear energy in the Community. Neither of those two provisions thus requires that the existence of any technological innovation be established.”

Even what appears to be replacement investment, can in fact be genuine investment if what it replaces would not have been put in place by the autonomous decisions of market operators without aid.