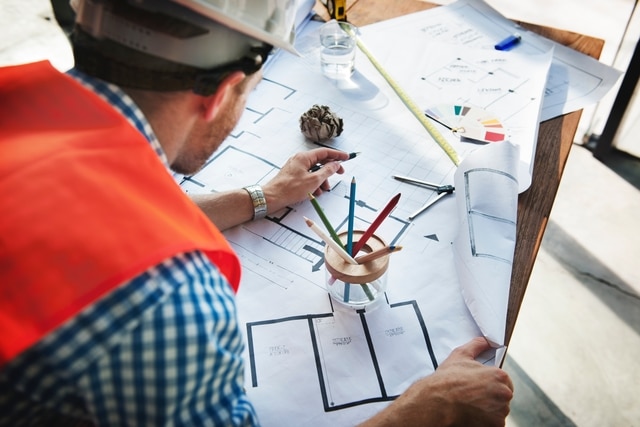 State guarantees must be limited in time and amount and may cover only a specified event. Unlimited and general guarantees that cover an entity rather than event are not compatible with the internal market.

IFPEN, known prior to July 2010 as the Institut Français du Pétrole, is a French public body responsible for research in oil and gas prospecting and petrochemicals technologies, for the training of engineers and technicians and for the provision of information and documentation.

In July 2006 IFPEN was converted into a publicly owned industrial and commercial establishment (abbreviated as “EPIC” in French). Under French law, EPICs perform public service tasks but have legal personalities separate from that of the state and are financially independent. The important issue is that, as legal persons governed by public law, EPICs enjoy immunity from seizure and, consequently, they are not subject to the ordinary insolvency law that applies to any other French undertaking.

The Commission, in its decision 2010/605 on State aid to La Poste, had already examined the EPIC status under EU State aid rules. It concluded that EPICs benefitted from an implied and unlimited state guarantee constituting State aid. France also contested that decision but its appeal was rejected by the General Court in case T-154/10. The judgment of the General Court was in turn upheld by the Court of Justice in case C559/12 P, France v Commission. This judgment was reviewed here on 22 April 2014 and can be seen on our State Aid Hub Blog from 22 April 2014 post 3.

The Commission separately examined IFPEN’s EPIC status in its decision 2012/26. Similarly to its La Poste decision, the Commission considered that IFPEN received a benefit from the implied and unlimited state guarantee which constituted State aid. In particular, the Commission concluded that IFPEN obtained a real economic advantage in the form of a reduction of prices charged by its suppliers due to the no risk of default of IFPEN. A similar advantage was obtained in relation to its dealings with customers who were more willing to transact with IFPEN.

Then the Commission examined the compatibility of the State aid under the R&D Framework in force at the time and found it to be compatible with the internal market, subject to certain conditions.

France and IFPEN lodged appeals against Commission decision 2012/26, which were partly upheld by the General Court on the grounds that the Commission had wrongly classified as State aid the guarantee deriving from IFPEN’s EPIC status. In particular, the General Court found as faulty the definition of the alleged advantage which IFPEN derived from the unlimited state guarantee in relation to its dealings with suppliers and customers.

Presumption of advantage in relation to creditors

One of the main pleas of the Commission before the Court of Justice was that the General Court erred in law in ruling that the state guarantee did not constitute State aid. The Court of Justice noted that “111 it follows from the judgment of 3 April 2014, France v Commission (C559/12 P, EU:C:2014:217, paragraphs 98 and 99), that, […], the Commission can rely on a simple presumption that the grant of an implied and unlimited State guarantee in favor of an undertaking which is not subject to the ordinary compulsory administration and winding-up procedures results in an improvement in its financial position through a reduction of the charges that would normally encumber its budget. Consequently, in the context of the procedure relating to existing aid, to prove the advantage obtained by such a guarantee to the recipient undertaking, it is sufficient for the Commission to establish the mere existence of that guarantee, without having to show the actual effects produced by it from the time that it is granted.”

“112 It is in the light of those considerations that it is necessary to verify whether, as the Commission claims, the General Court erred in law when it defined the scope of the simple presumption of the existence of an advantage established by the Court in the judgment of 3 April 2014, France v Commission (C559/12 P, EU:C:2014:217), and, consequently, held that that presumption had been rebutted in the present case.”

“113 The presumption established in the judgment of 3 April 2014, France v Commission (C559/12 P, EU:C:2014:217), is based on the dual premise, recognized as plausible by the Court, to the effect, first, that the existence of a guarantee by the public authorities of a Member State has a favorable influence on the assessment by creditors of the risk of default on the part of the beneficiary of that guarantee and, secondly, that that favorable influence is reflected in a reduction in the cost of credit.”

That is, the Court of Justice acknowledged that the presumed advantage obtained by IFPEN was in relation to its dealings with creditors such as banks, other financial institutions and possibly investors.

“114 In the second place, as regards IFPEN’s dealings with banks and financial institutions, the General Court held, in paragraphs 188 to 190 of the judgment under appeal, that the presumption thus established by the Court had, in the present case, been rebutted, because the investigation carried out by the Commission had revealed that, during the period concerned, IFPEN had not derived any real economic advantage from the guarantee associated with its EPIC status.”

“116 The mere fact that IFPEN benefits from a State guarantee was such as to enable the Commission to rely on the presumption of an advantage, as developed by the Court in the judgment of 3 April 2014, France v Commission (C559/12 P, EU:C:2014:217), since that presumption is based on the idea that, thanks to the guarantee associated with its status, an EPIC benefits or could benefit from better financial terms than those normally available on the financial markets. In order to rely on that presumption, the Commission was therefore not required to show the actual effects produced by the guarantee at issue”.

“117 Therefore, although it is true that such a presumption is only a simple presumption, and thus rebuttable, it can nevertheless be rebutted only in so far as it is shown that, in light of the economic and legal context in which the guarantee associated with the EPIC status concerned takes place, the latter did not obtain in the past and, according to any plausibility, will not obtain in the future any real economic advantage from that guarantee.”

“118 In those circumstances, contrary to the findings of the General Court in paragraphs 134 to 137 and 188 to 190 of the judgment under appeal, the mere fact that the beneficiary of such a guarantee in the past derived no real economic advantage from its EPIC status does not suffice, in itself, to rebut the presumption of the existence of an advantage.”

In other words, the Court of Justice says three things. First, an unlimited state guarantee creates a presumption that an advantage is conferred in the meaning of Article 107(1) TFEU. Second, the presumption is rebuttable; i.e. it is presumed to hold unless it can be shown by facts to be invalid in practice. Third, in order for the presumption to be rebutted it must be proven that cheaper credit could not be obtained in the past, nor can it be possibly obtained in the future.

The Court of Justice also examined whether the presumption of advantage in relation to IFPEN’s dealings with banks and financial institutions could be extended to its dealings with suppliers and clients. The Court concluded that “147 the General Court erred in law when it held, in paragraph 160 of the judgment under appeal, that the presumption of the existence of an advantage established by the Court in the judgment of 3 April 2014, France v Commission (C559/12 P, EU:C:2014:217), is restricted to dealings which involve a financing transaction, a loan or, more broadly, credit from an EPIC’s creditor, in particular that EPIC’s dealings with banks and financial institutions.”

But the Court went on to warn that the judgment of 3 April 2014 “149 can also not be interpreted as meaning that that presumption can be automatically extended to the dealings of an EPIC with its suppliers and its customers, without it being necessary to examine, in advance, whether, in the light of the conduct of those operators, the advantage that the establishment could derive therefrom is similar to that it derives from its dealings with banks and financial institutions.”

“150 The presumption established in the judgment of 3 April 2014, France v Commission (C559/12 P, EU:C:2014:217), is based on the hypothesis that, thanks to the guarantee associated with its status, the EPIC concerned benefits or could benefit from better financial conditions than those which are normally granted on the financial markets. Therefore, the application of that presumption to the EPIC’s dealings with suppliers and customers is justified only in so far as such more advantageous conditions arise also in the latter’s dealings on the markets concerned.”

“151 Consequently, when the Commission seeks to apply that presumption, it must examine the economic and legal context of the market affected by the dealings in question. In particular, the Commission is required to verify whether the conduct of players on the market concerned justifies a hypothesis of an advantage similar to that found in the EPIC’s dealings with banks and financial institutions.”

1 The full text of the judgment can be accessed at: http://curia.europa.eu/juris/document/document.jsf?text=&docid=205875&pageIndex=0&doclang=en&mode=lst&dir=&occ=first&part=1&cid=524927.