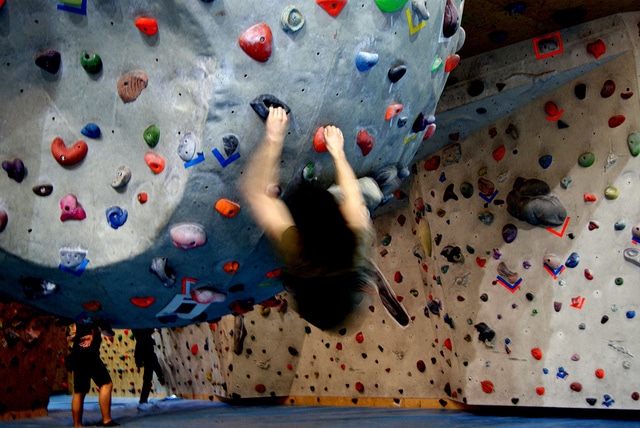 The existence of market failure is not necessary for aid to be declared compatible under Article 107(3). Market failure does not mean that the market is completely unable to supply a good or service. State aid aiming to remedy market failure may be compatible with the internal market even if it has a negative impact on some market operators.

Barely within a month of the judgment on 12 May 2016 in case T-693/14, Hamr-Sport v Commission, the General Court rendered another judgment in a case also involving sport but also concerning the Commission’s assessment of the positive and negative effects of State aid.[1] On 9 June 2016, the General Court ruled in case T-162/13, Magic Mountain Kletterhallen and others v Commission.[2] The applicants requested annulment of Commission decision SA.33952 which had authorised, as compatible with the internal market, aid that Germany had granted to non-professional, non-profit, climbing centres.

The applicants were Dutch and German operators of private climbing centres whose main argument was that the Commission failed to assess properly the need for the aid and its impact on the market. They claimed that there was no market failure, as they were able to provide sufficient services, that the aid was unnecessary and that it caused excessive distortion of competition.

The relevant rules may change

Since now all State aid rules are based on the same, uniform principle of compatibility which have been formally adopted in the regulations and guidelines there should be no uncertainty as to how the Commission will carry out its assessment of State aid.

However, when Member States request the Commission to assess a notified measure directly on the basis of the Treaty [because it deviates from the guidelines], then they cannot be absolutely certain that the Commission will rely on all or some of the common principles. It may deviate from established practice if it detects unusual features in the notified measure. This is the meaning of examining the measure on its “merits”.

The second plea concerned an alleged absence of market failure. The applicants claimed that the Commission did not prove that the market suffered from any failure that justified intervention by public authorities with State aid. The response of the General Court on this point is a bit surprising, given the Commission regularly states in its decisions that the existence of market failure is indispensable in justifying state intervention.

This part of the judgment is disturbing. In principle it is true that a public authority may decide that the amount that the market supplies is not sufficient, given its public policy objectives, and that it wishes to increase whatever amount of a good or service is made available to its citizens. Economically, the only justification for intervening to raise the amount supplied by the market beyond the level that the citizens themselves value through their own purchasing decisions is to show that somehow the good or service in question is very important to the needs of citizens but citizens themselves cannot afford it.

There was no analysis either in the judgment or in the Commission decision of whether the services already provided by the market were not affordable. But this part of the judgment demonstrates that the policy choices of Member States cannot be challenged as long as it can be shown that the aim of a State aid measure is congruent with an objective that the Treaty acknowledges to be in the common interest.

The Court went on to note that the Commission, in recital 70 & 71 of its decision, indicated that there was market failure because non-profit sports associations were not able to finance with their own resources the costs of sport infrastructure. The aid was necessary and appropriate in order to ensure the construction and operation of sufficient infrastructure for amateur sport in Germany [paragraph 81]. The Court dismissed the arguments of the applicants because they did not provide any evidence to show that non-profit centres could build the necessary infrastructure [paragraph 82].

Four comments are in order here. First, the Court implicitly understands that the market fails when it does not supply the desired amount or quantity. This is not what is defined as market failure. The market fails when prices are not equal to social costs or benefits. Prices exceed social costs in the case of negative externalities as with pollution while prices fall below social benefits in the case of positive externalities as with research. Second, not affording to spend money on a project is not sign of market failure. No one can afford to spend money on any conceivable project. The market will refuse to finance a project whose costs exceed the revenue that it will generate. This is not failure, it is good economics. Third, a perusal of the original Commission decision does not reveal any evidence that a proper impact assessment had been carried out by Germany to prove that aid was indeed the most appropriate instrument. Vouchers to individuals could have been a more appropriate instrument as it would increase demand for climbing centres but would give the option to individuals to choose the centre of their choice. Vouchers, for example, are used to support travel by residents of islands to the mainland. Fourth, it shows, once more, that State aid rules cannot prevent a public authority from supporting a behemoth, as long as it serves in some way a public policy objective.

The General Court rejected the argument of the applicants that the Commission should have examined whether there were alternative forms of intervention to achieve the same objective [e.g. the voucher example given above]. The staff working document on the balancing test that referred to the appropriateness of aid was not binding on the Commission [paragraph 90]. The Commission also claimed that alternatives such as tax incentives were only supplementary means and they could not by themselves achieve the same policy objectives. Although the Court accepted this claim, the Commission did not adduce any evidence in its decision to support it. In fact, the part of the Commission decision under the heading “aid as an […] appropriate instrument” makes no reference to the appropriateness of the aid. The Court also thought that promotion of sport through non-profit organisations had advantages of educational and social nature [paragraph 92]. But it is debatable whether that proved the appropriateness of the aid.

The Court also rejected the argument that the Commission had not shown that the infrastructure could not be built without the aid on the grounds that a climbing centre in Berlin dropped its plans when the authorities refused funding [paragraph 93]. This, however, is only one example. Very often EU courts reject claims of applicants based on examples for being insufficient to prove the general effects of a State aid measure. Nonetheless, the Court explained that when it comes to assessing schemes the Commission can limit its analysis to the general characteristics of the measure without having to examine the exact amount of the proposed aid [paragraph 94].

Balancing of positive and negative effects

In fact, this part of the judgment reveals how the balancing test is actually carried out. In reality there is no weighing of positives and negatives. The decisional practice of the Commission and this judgment of the General Court show that the balancing test indicates that the aid is compatible when the effect on trade and the distortion of competition is limited, not that the costs are less than the amount of benefits from the aid.

The Court also pointed out, correctly, that the Commission had not tried to prove that there was no effect on trade. Rather it only showed that the effect on trade was limited. [Paragraphs 114-115]

The Court rejected the view of the applicants that the aid measure discriminated against foreign operators. It noted that the measure excluded profit-making entities, regardless of their national origin. [Paragraph 119]

The Court also disagreed with the applicants who claimed that the Commission ignored the distortion of competition caused by the fact that the subsidised centres would attract customers from commercial centres. The Court accepted the view of the Commission that commercial centres could not meet the needs of the customers [paragraph 120]. This is exactly the same reasoning as in case T-693/14, Hamr-Sport v Commission that was reviewed here on 7 June 2016. It is unclear how the German authorities or the Commission were certain that private operators could not meet demand or simply that they could not offer the services that customers wanted at prices they could afford. But as in the Hamr-Sport case, State aid that targets the supply of particular services to particular groups of citizens it is likely to be found to be compatible with the internal market, even if some undertakings suffer as a result.

On the basis of the above reasoning the General Court proceeded to dismiss the appeal.

This is the second time recently that the General Court has endorsed the Commission’s more economic approach to the assessment of the compatibility of State aid. Although in this case and in the Hamr-Sport case there was not much of economic analysis, the General Court highlighted the wide discretion enjoyed by the Commission. Certainly, the Commission does not have to carry out a detailed examination of the impact of an aid measure on competition and competitors.

[1] This judgment was analysed here in an article published on 7 June 2016. The article can be accessed at: