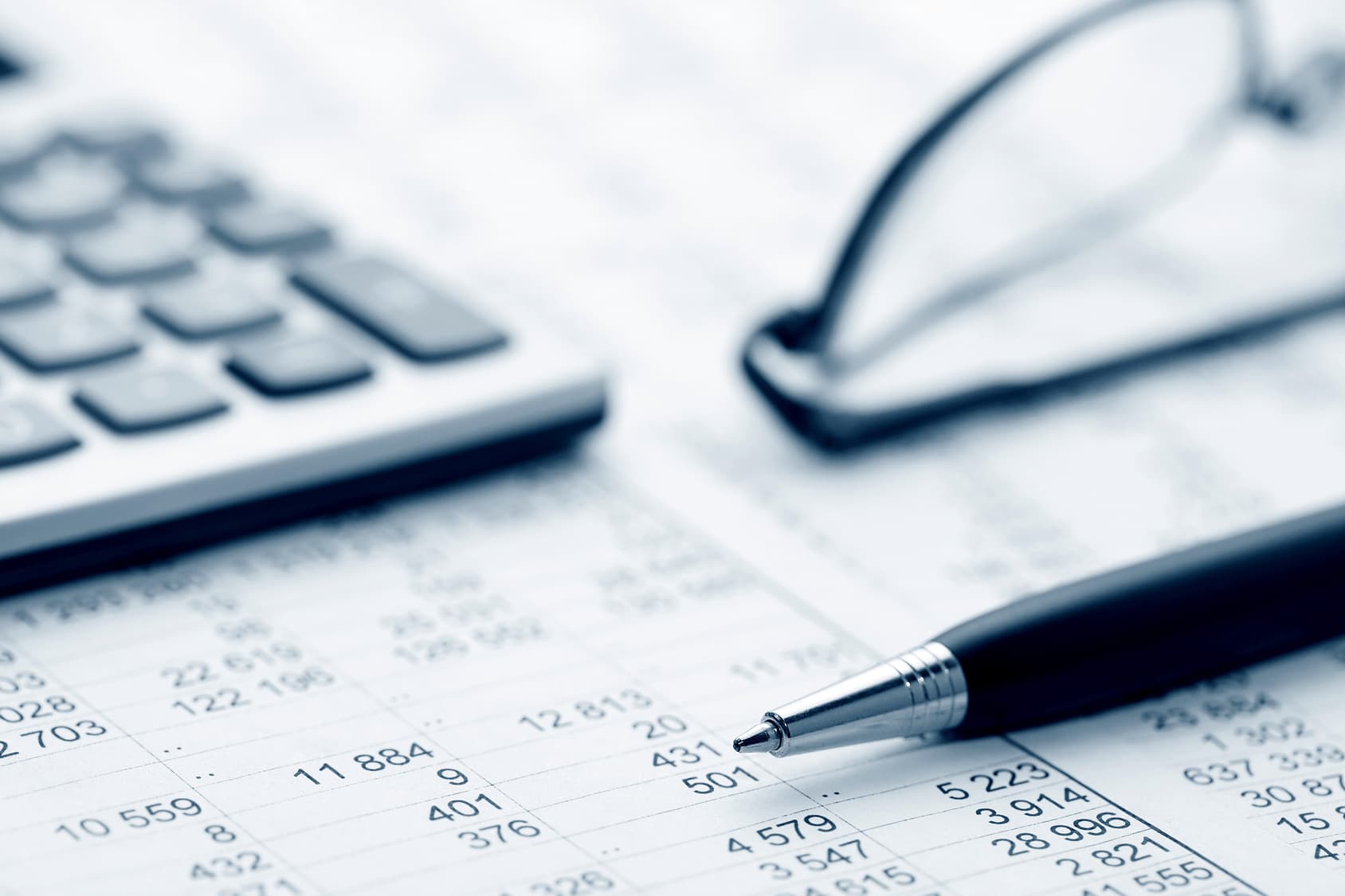 Structural fund rules for the period 2014-2020 define ex ante conditionalities that have to be satisfied by Managing Authorities that use EU funds to grant State aid. The ex ante conditionalities aim to strengthen the administrative capacity of Managing Authorities to grant State aid correctly. The European Commission has issued guidance on arrangements that can lead to improved administrative capacity. Similar arrangements can be beneficially adopted by any public authority that grants State aid. Failure of compliance is a systemic problem. Public authorities can only gain by improving their systems and procedures.
Introduction
The European Commission announced on 18 December 2014 that “Member States are invited to present proposals for strengthening national systems to ensure better State aid compliance, not only through formal checks but also through pro-active assessment of national measures in fields such as tax and on sectors in need of restructuring.”[1]However, the Commission has already provided guidance on how Member States can achieve better State aid compliance. They can meet the criteria of the “ex ante conditionalities” which are laid down in the structural funds regulation.As is well known, EU structural and investment funds may also be used to support undertakings. They are then classified as State aid, if all the criteria of Article 107(1) TFEU are satisfied. The main rules for the use of structural funds are laid down in Regulation 1303/2013 of the European Parliament and the Council of 17 December 2013 laying down common provisions on the ERDF, the ESF, the CF, the EARFD and the EMFF and laying down general provisions on the ERDF, the ESF, the CF and the EMFF and repealing Council Regulation 1083/2006.[2] An annex of that Regulation imposes on Member States the obligation to demonstrate ex ante that they have the capacity to comply with State aid rules.The required ex ante conditionalities define three categories of arrangements that Member States have to put in place:

The European Commission has elaborated the implications of these ex ante conditionalities in a document entitled “Guidance on Ex Ante Conditionalities for the European Structural and Investment Funds”.[3] Since many State aid granting authorities also utilise structural funds in their measures for the support of undertakings, they need to comply with the ex ante conditionalities. But even if they would not use any structural funds, public authorities should still take into account the guidance issued by the Commission. This is because the Commission is indicating how public authorities can avoid granting aid that contravenes EU procedural and substantive rules.

The essence of the Commission guidance can be condensed into the following motto: Good procedures make good State aid. The most convincing proof that this simple motto is right is the striking difference between the outcome of assessment of notified and non-notified aid. According to the latest statistics, only about 5% of notified aid measures are found to be incompatible with the internal market. By contrast, more than 50% of non-notified aid is declared to be incompatible with the internal market. These outcomes differ by a factor of 10. The true difference is probably larger, as the Commission discovers only a subset of the measures which are implemented without prior notification and approval. The upshot of this simple statistical comparison is that where Member States do not have in place good procedures for identifying measures that contain State aid and procedures for notifying such measures, they are significantly more likely to design and implement measures that contain aid which is not compliant with current rules.

The Commission has elaborated the three elements of the ex ante conditionalities in the structural funds Regulation as follows:

1. Arrangements for the effective application of Union State aid rules in the field of ESI Funds:

1.1 Measures are in place to prevent the granting of illegal aid

1.2 Capacity to enforce recovery orders with respect to both illegal and incompatible aid.

1.3 Capacity to ensure proper controls of compliance with the GBER and approved schemes.

1.4 Appropriate knowledge about any aid granted, including de minimis aid.

2. Arrangements for training and dissemination of information for staff involved in the implementation of the funds:

2.2 System of dissemination and exchange of information and experience and publication of guidance documents.

3.1 Existence of a central body having the administrative capacity (sufficient number and qualified staff) to give substantive practical and legal advice.

The answer depends on the reply to a prior question: Why do Member States fail to notify and apply State aid correctly? Although it may not be immediately obvious, there is a link between failure to notify and failure to apply correctly.

When a public authority is aware that it has to notify a measure, it will investigate which rules apply to its situation and eventually re-design whatever measure it wants to implement so that it is conform with those rules. It may not follow the most straight forward route, it may waste resources in the process of finding out the right design and it may not apply its measure in the most efficient manner, but it will eventually comply with the letter if not the spirit of EU rules.

The failure of Member States to conform with the relevant rules has three possible causes: ignorance, ineptitude and political calculation. A public authority may not be aware that State aid law applies to it and its measures [ignorance], or, in case it is aware, it may fail to mobilise its resources and properly coordinate its various departments so that they take appropriate action, without penalizing those who fail in their duties [ineptitude], or it is aware of its State aid obligations but decides at the highest level to disregard them [political calculation].

All three causes [ignorance, ineptitude, political calculation] are symptoms of a wider systemic failure. Any public organization that provides support to undertakings should be aware of State aid rules and should have procedures in place for determining whether its actions are in conformity with those rules. Any public authority should have procedures in place for ensuring that its staff and various departments do not ignore with impunity their obligations under State aid rules. And any public authority should have safeguards that prevent its decision-making bodies from either accidental or willful infringements of relevant law.

The guidance issued by the Commission addresses to a large extent the root causes of these systemic failures. But it seems to me that two additional safeguards are necessary to discourage willful infringement, especially when national or local politicians intervene and make it exceedingly difficult for officials to carry out their duties properly.

The first safeguard would function as a trigger. It would alert public authorities to the existence of potential problems. Any public authority that grants State aid should not only have access to an expert entity for advice, as suggested by the Commission’s guidance, but in fact it should be under obligation to obtain its opinion about the compatibility of the measure it proposes to implement. This opinion does not have to be binding, but at least it should confirm the absence of any irregularities. Moreover, the opinion does not have to be sought for each measure. It can be obtained for, say, the annual programme of the implementing authority. If any irregularity is identified, then the authority concerned would be expected to revise its measures accordingly. The seeking and the granting of advice and opinions would make it easier for problems to be identified.

The second extra safeguard would function as a brake to non-compliance. Incentives for compliance would be strengthened further by making the authorities that willfully infringe the rules bear more directly and quickly the consequences of their decisions. Since all public authorities are audited by national audit bodies, the latter should be obliged also to investigate compliance with State aid rules and report any irregularities directly to the Commission. In fact the seeking and granting of advice, which is mentioned in the previous paragraph, would also leave behind an “audit trail” that would make it easier for the Commission, EU auditors or national auditors to discover problematic measures. The reporting of irregularities to the Commission should not require any significant changes in the legal systems of Member States. After all, Article 108(3) of the Treaty is directly applicable. But it will again raise the probability of detection.

Both of the additional safeguards proposed here would increase the likelihood of uncovering problematic cases and would improve the transparency of national subsidy schemes. Recent research in the prevention of driving under the influence of alcohol [drunk driving] has found that the chances of being caught and the perception that there is a higher chance of being caught have a more deterrent effect than making the actual punishment harsher.[4]

In the field of State aid the punishment for Member States that flout the rules has not really changed since the inception of the European Economic Community in 1958. In fact, the only punishment, if it can be still called punishment, is the obligation to recover incompatible State aid. Therefore, Member States are more likely to respond to other means of motivating them to improve their compliance record. Applying to the State aid regime the same logic as that of the deterrence of drunk driving, if the probability of detection of faulty measures is raised and with it, the perception of being found out [e.g. through ex post control by auditors or the Commission], public authorities should be more incentivised to improve their compliance with State aid rules.

In the press release of 18 December 2014 mentioned at the beginning of this article, Member States were also “invited to work with the Commission on a roadmap to improve transparency to inform citizens where their money has gone. If greater transparency makes it possible, the Commission would also consider further reductions in reporting obligations.” Not only does the Commission recognise the value of increased transparency, it seems to be willing to compensate Member States with less reporting. Presumably that should reduce administrative costs for Member States. This is a trade-off that is not contrary to their interests.

The structural fund rules for the period 2014-2020 define a number of ex ante conditionalities that have to be met by Managing Authorities that use structural funds to grant State aid. The ex ante conditionalities aim to strengthen the administrative capacity of Managing Authorities to provide State aid correctly. The European Commission has issued guidance on the nature of arrangements that lead to improvement of administrative capacity. Similar arrangements can be beneficially adopted by any public authority that grants State aid. Failure to comply with State aid rules is a systemic problem. Public authorities can only gain by improving their systems and procedures.

Ultimately, however, the record of compliance with State aid rules can be raised only when public authorities know that non-compliance will be more easily detected. This can be achieved by making non-compliance more visible and by reporting it more readily and quickly to the Commission.

[3] The document can be accessed at: http://ec.europa.eu/regional_policy/sources/docgener/informat/2014/eac_guidance_esif_part2_en.pdf.

[4] See Yiqun Chen and Frank Sloan, Subjective beliefs, deterrence, and the propensity to drive while intoxicated, 15 December 2014. Their paper can be accessed at: http://www.voxeu.org/article/detection-sanctions-and-drunk-driving.