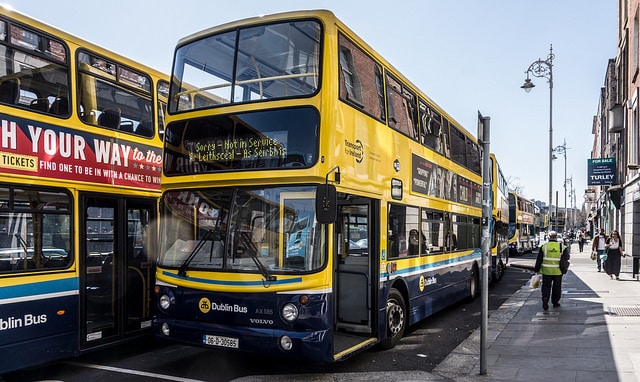 Even efficient companies will fail the 4th Altmark criterion if their costs are not proven to be comparable to those of a typical and well-equipped undertaking. Public funding of infrastructure is not State aid to users only if access is open to all. Public funding for training to raise social awareness is still State aid if it relieves companies of their normal costs.

This article reviews Commission decision SA.20580 on Dublin Bus and Irish Bus companies.[1] It shows, once more, mistakes that Member States can avoid when they compensate operators on whom they impose public service obligations. Policy mistakes can prove to be costly even if in the end no fine is paid. The cost can be in the waste of administrative resources which are tied up in protracted investigations. This case began in 2007 and was concluded only at the end of last year.

After receiving a complaint and following initial exchanges with Ireland, the Commission, in July 2007, opened a formal investigation into alleged illegal aid to the Dublin Bus company and the Irish Bus company.

The investigation focused on the following measures:

The first thing that the Commission had to establish was whether the public funding concerned economic activities. It concluded that both companies did engage in economic activities as they “(169) […] operate bus services and receive fares for the provision of those services.” Since there was no doubt that there was a selective transfer of state resources and that the possibility of affectation of trade and distortion of competition could not be dismissed, the assessment of the Commission focused on the presence of an advantage.

Ireland claimed that the annual subsidy for bus services and the financing of new busses were compensation for the discharge of public service obligations and that they complied with the Altmark criteria.

The Commission rebutted this claim by focusing on the fourth Altmark criterion which requires that the PSO provider is either competitively selected or efficient by industry standards.

The two companies were not entrusted with the public service mission after an open tender. Ireland stated that “(179) […] the level of compensation paid to [the two bus companies] […] reflects the outcome of a negotiation process with the companies which has regard to company finances and operations and Value For Money studies”.

The Commission responded that “(180) […] the level of compensation both in terms of annual operating compensation and financing of new buses on a process which takes into account ‘company finances’.” (181) The need for financing of recipient undertakings may not be taken into account in assessing whether a State measure may be regarded as compensation for discharging PSOs. Therefore, the Commission concludes that the fourth Altmark condition is not met, and, since the four conditions are cumulative, that the Altmark conditions are not fulfilled for a finding of no aid.”

The statement which is quoted above is very important and its significance often ignored by Member States to their peril. It cannot be established that a public service provider is efficient simply by ensuring that the compensation does not exceed the costs of that provider.

The construction and operation of infrastructure that is intended to be used commercially become economic activities. Public funding creates the possibility of State aid at three levels: that of the owner, operator or users.

In this case, while the owner of the infrastructure is a state entity, the operators and the users of transport infrastructure are the same, namely Dublin Bus and Irish Bus. Moreover, they use it exclusively.

At this point the Commission clarified that “(185) as a general rule, the Commission considers that the financing of infrastructure through State resources does not confer an advantage on its users provided that the infrastructure is open without discrimination to all in accordance with Union legislation, and does not favour one user in particular.” [The Commission quoted the following cases as precedents: N 713/1997 on Rion Antirion motorway bridge; N 60/2006 on Rotterdam port; N 478/2004 on Irish Rail; N 597/2007 on Thessaloniki submerged tunnel]. Given the fact, however, that the infrastructure was for the exclusive benefit of the two bus companies, the Commission concluded that its funding through state resources conferred an advantage to them.

For this measure too, the Irish authorities argued that it came under the scope of the Altmark criteria. But the Commission again found that the fourth Altmark criterion failed to be satisfied.

The Commission was of the opinion that the cost of this type of training ought to be borne by undertakings themselves.

Once the Commission concluded that all four measures constituted State aid, it then proceeded to consider whether the aid was existing or new. The Commission explained that “(216) […] the emergence of new aid or the alteration of existing aid cannot be assessed according to the scale of the aid or, in particular, its amount in financial terms at any moment in the life of the undertaking if the aid is provided under earlier statutory provisions which remain unaltered. In other words, to establish whether an aid has been altered, it is decisive to examine whether the provisions providing for it have been altered. (217) Moreover, it is only where the alteration affects the actual substance of the original scheme that the latter is transformed into a new aid scheme. Only substantial alterations convert existing aid into new aid.”

In other words, the mere fact that the compensation amount varied from year to year was not enough to make it “new” aid. The terms under which it was provided had to be changed by a new law or a new decision of the granting authority. The Commission examined whether indeed there was any change in the law providing for compensation or in the laws concerning the other measures. It found that there was no substantial alteration to the legal framework of the annual compensation or to the laws providing for the financing of new buses, the financing of infrastructure and the financing of transport of schoolchildren during the 10-year limitation period prior to the opening of the investigation in 2007. The aid for those measures was existing. The situation was different with respect to the financing of disability awareness training. It was deemed to be new aid.

With respect to the annual compensation that was found to be existing aid, Ireland committed to comply with the requirements of Regulation 1370/2007. Since the funding for transportation of schoolchildren could not fall within the scope of that Regulation, the Commission proposed appropriate measures to Ireland. It then turned its attention to the compatibility of the aid for the disability awareness training.

The Commission considered that Regulation 68/2001 on training aid did not apply because the Irish measure failed to “(251) […] contain an express reference to that regulation”. However, it concluded that the measure complied with the requirements of Regulation 800/2008 [the first GBER]. The maximum aid intensity allowed by that Regulation was 60%. The aid intensity of the Irish measure was miraculously at 59.8% and therefore did not exceed the maximum allowable rate of aid. What is not mentioned in the decision, however, is whether the measure contained an express reference to Regulation 800/2008, something that was required by Article 3 of that Regulation.

Perhaps the most surprising and least satisfactory aspect of this decision is the terse assertion that “(270) with regard to Article 8 of Regulation (EC) No 800/2008, concerning incentive effect, it seems unlikely that the measure at issue would have been carried out in the absence of the State support. This condition is therefore met.”

A quick internet search revealed that Dublin Bus employs 3200 persons and Irish Bus 2700 persons. Both are large enterprises for which the incentive effect of aid has to be proven by aid granting authorities. Article 8 of Regulation 800/2008 imposed on Member States the obligation to “verify” the existence of incentive effect. Apart from the fact that the assertion in paragraph 270 does not constitute proof, the Commission simply had to ask for evidence that the Irish authorities had indeed carried out the verification required by Article 8.