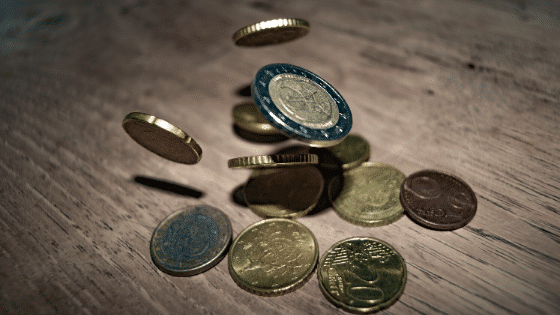 A couple of years ago, the big issue in State aid law was the concept of selectivity. The judgments in the British Aggregates and Dutch NOx cases expanded, elaborated, and, some argued, convoluted the criteria for determining whether a measure was selective or not.

This year, the big issue for sure is the concept of State resources. First came the AISCAT judgment of the General Court in January on whether payments from one undertaking to another, which were mandated by the State, could be regarded as State resources [answer: no]. Then, in March the Court of Justice rendered its judgment in the Bouygues (France Telecom) case on whether public pronouncements could result in transfer of State resources and confer an advantage [answer: yes]. Now we have again the Court of Justice in case C-677/11, Doux Élevage v Ministère de l’Agriculture, de l’Alimentation, de la Pêche, de la Ruralité et de l’Aménagement du territoire, examining whether certain payments by undertakings to an organisation could be counted as State resources, when those payments are made obligatory by the State and the organisation is under the influence of the State [answer: no].[1]

The Doux Élevage judgment is in such sharp contrast to Commission practice that it surprised many State aid professionals. Although it was not an appeal against a Commission decision, it did refer to related Commission decisions. Certainly, it will impact on future Commission practice and the treatment of measures which are currently being assessed by DG Agriculture. The judgment also revealed that the Commission some times, but not often, becomes too complacent or too confident about its understanding of legal principles that its analysis becomes sloppy. This is shown by the brevity of the Commission’s examination of the rather complex facts in one of the related cases which is presented at this end of this article. But first, the main issues of the ruling are as follows.

The Court first explained that Article 107(1) TFEU covers both advantages which are granted directly by the State and those granted by a public or private body designated or established by the State. It also stressed the dual requirement that such advantages must, first, be granted directly or indirectly through State resources and, second, be imputable to the State. “28 …. financing through State resources is a constitutive element of the concept of ‘State aid’”.

In the Doux Élevage case, agricultural trade organisations in France imposed certain contributions on agricultural traders in order to finance promotional activities. These contributions, once adopted by the organisations, were made compulsory by the State to all traders. The question was whether the compulsory nature of the contributions was such so as to be regarded as conferring to the State a sufficient degree of control over the sums collected and disbursed.

The Court first asked whether the trade organisations were in any way connected with the State. It found that they were private-law associations and formed no part of public administration.

Since it is not required by the case law that transfer of State resources occurs in “every case” an advantage is granted to an undertaking, the decisive issue here was not whether the resources in question were “permanently held by the Treasury” but whether they “constantly remained under public control, and therefore available to the competent national authorities”. [paragraph 35] In other words, the crucial question was whether the State could exercise sufficient influence on the decisions of the trade organisations and in particular the decision concerning the imposition and fixing of the rate of the contributions.

The sums raised by the payment of those contributions did not go through the State budget or through any public body. The State did not forgo any resources (such as taxes, duties, charges and so on) which would have been paid into the State budget. The contributions remained private in nature throughout their lifecycle and, in order to collect those contributions in the event of non-payment, the trade organisation had to follow the normal civil judicial process without being able to exercise any State prerogatives or special privileges conferred to them by the State.

The Court was of the opinion that “it is clear that the national authorities cannot actually use the resources resulting from the contributions at issue in the main proceedings to support certain undertakings. It is the trade organisation that decides how to use those resources, which are entirely dedicated to pursuing objectives determined by that organisation. Likewise, those resources are not constantly under public control and are not available to State authorities.” [paragraph 36]

The French legislation did not confer any power to public authorities to direct or influence the administration of the contributions. Moreover, the decision of the State to make contributions compulsory did not depend on the pursuit of any political objectives defined by the State.

The above reasoning led the Court of Justice to find that “neither the State’s power to recognise a trade organisation under [the relevant national legislation], nor the power of the State to [make contributions compulsory to all traders] … permit the conclusion that the activities carried out by the trade organisation are imputable to the State.” [paragraph 41]

Lastly, the Court addressed an important counter-argument interjected by the Commission. The Commission submitted that the activities of the trade organisations were partly financed by public funds. Because they had no separate accounts in respect of public and private funds, all the resources of those organisations would have to be considered as state resources.

The Court largely avoided this thorny issue by refusing to consider the implications of the overall public funding of the trade organisations on the grounds that the question put to it by the referring national court concerned only contributions levied by the trade organisations, not other possible resources which could have originated from public budgets.

However, the Court made a significant although very brief clarification. “Private funds used by trade organisations do not become ‘State resources’ simply because they are used alongside sums which may originate from the [public] budget.” [paragraph 44]

The judgment contains reference to a Commission decision that was not subject to appeal but was relied on by the parties in the national court proceedings. It is instructive to consider the relevant part of that decision.

The text of the Decision exists only in French so I present here both the original text and my own translation.

Here is the English translation of the above text with explanatory remarks in brackets.
“(55) The current measure does not seem to fulfill all these requirements [the Commission was referring to the requirements laid down in Pearle]. First, the existence of missions and operations of IPO [the trade organisations] are regulated by national legislation (see point 4 above). The IPO are not recognized by the competent authorities unless they adhere to the objectives and carry out activities defined in the Rural Code, including implementation of national and Community policies (see paragraphs 4 and 5 above). The CVO [the compulsory contributions] can therefore be considered as an instrument for the implementation of a policy supported by the State. Moreover, considering the general interest of the activities funded and the collective nature of the IPO (see point 5 above), it cannot be established in this case, aid recipients are always liable for taxes.”

In a single paragraph and without elaborating to any sufficient depth, the Commission dealt with the nature the trade organisations, their links to the State, the autonomy of their decisions and whether the contributions came under the control of the State. It is obvious that, after the judgement in Doux Élevage, the analysis of the Commission will have to become more sophisticated and detailed.

More specifically, the Commission will have to consider
i) whether the decisions of trade organisations are taken autonomously or within the specific constraints of public policy,
ii) whether any proceeds which are raised by levies on traders are used outside any channel which is controlled by the State and
iii) whether those proceeds are kept and used separately from public funds.