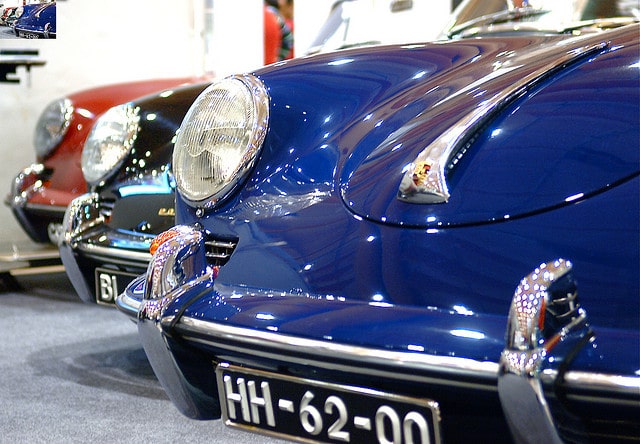 The beneficiary and the investment project

BMW employed more than 110,000 people worldwide in 2013 and had a turnover of EUR 76 billion. It operated 17 production facilities globally. The investment in Leipzig was intended for the production of electric cars: model i3, a city car, and i8, a luxury sport car.

With respect to the positive effects and appropriateness of the aid, the project would create 800 new jobs. There were no figures for indirect jobs. Germany considered that regional aid was appropriate to remedy regional handicaps.

With respect to the incentive effect of the aid, the project without the aid showed an IRR in the range of 0-8%. With the aid, the IRR rose to 1-9%. The latter IRR was below the normal ROCE of 26% and BMW’s WACC of 12%. Despite the low profitability of the project, BMW decided to go ahead because it enabled it to “secure its strong, long standing position in the international competition”.

In relation to cost comparisons between alternative regions, Leipzig was compared to several locations outside the EU and to Munich. The other locations were in the end discarded because, although neither Leipzig, nor Munich were greenfield investments, the project in those two locations would not be affected by “(84) language difficulties, lack of know-how protection, logistical difficulties or a long distance from BMW group’s development centre in Munich.” In fact, locating the project in Munich would have been less costly by EUR 17 million. The calculations for both Munich and Leipzig were based on a discount rate of 12% which corresponded to BMW’s WACC.

With respect to the proportionality of the aid, Germany argued that the whole amount of the proposed aid of EUR 48 million was necessary, because of the low profitability of the project, and because the Commission ought to ignore the cost difference between Munich and Leipzig.

With respect to the negative effects of State aid, Germany argued as in the Porsche case that the aid would not have any adverse effect because the project would be carried out anyway in the best alternative location.

The Commission carried out the same three-stage assessment as in the Porsche case. It found, first, that the measure complied with the standard criteria of the RAG.

Second, in relation to the market share and increase in capacity, Germany argued that the corresponding thresholds did not apply because BMW was developing a new product. The Commission noted that BMW may have been the first manufacturer of electric cars that applied for regional aid. However, it rejected the view that electric cars were new products. It went on to acknowledge that in the conventional car segment, BMW’s share did not exceed 25%. However, in the electric car segment, the Commission could not exclude the possibility that BMW’s share would exceed 25%. It therefore, decided to proceed to the third stage of the assessment and to carry out an in-depth analysis.

The Commission concurred with Germany that the aid generated positive regional effects and was an appropriate instrument to reduce regional disparities.

Indeed these financial calculations showed that the effect of the aid was almost negligible and should not have been sufficient to sway the investment decision of BMW. Something else must have been more important. For the Commission it was “(166) clear that the decision to invest into the manufacturing of electric cars was based on the beneficiary’s longer-term strategic objective of developing innovative key technologies”.

The Commission conceded that even if the profitability of the project did not prove the necessity of the aid, the change in location could still justify the aid. It therefore went on to examine the impact of the aid on the choice of location because in this situation the aid could “(169) […] compensate for the net handicaps and costs linked to the location in the assisted region.” On the grounds that Leipzig was EUR 17 million more expensive than Munich, the Commission accepted that the aid had an incentive effect. [Paragraphs 170-173]

With respect to proportionality, the Commission questioned whether aid was limited to the minimum necessary because the amount that was to be granted was EUR 48 million while the cost disadvantage of Leipzig was only EUR 17 million. Germany pursued a rather legalistic line of defence arguing that the documents that prove necessity did not necessarily have to be the same as those that proved proportionality and that BMW had incurred extra costs after the initial decision was made, which justified the granting of aid in excess of the EUR 17 million cost disadvantage.

The Commission’s response on these points was that although the RAG did not explicitly stipulate that the documents had to be the same, the spirit of the relevant rules in the RAG was that necessity and proportionality could not be proven on the basis of different figures concerning the net handicaps and costs linked to location [paragraph 180]. Moreover, both the necessity and proportionality of aid had to be established before the investment decision was made, despite the fact that again the relevant RAG rules did not lay down a precise point in time [paragraph 181]. The “inherent logic” of the analysis is that the necessity and proportionality of aid are established from an ex ante perspective [paragraph 182]. For aid to be proportional, “(183)[…] it must equal the difference between the net costs and the alternative locations. […] [the aid must] not exceed the amount that was necessary to trigger the decision by the aid beneficiary to carry out the investment at a particular location.”

On the basis of the above reasoning the Commission concluded that any aid in excess of the EUR 17 million was unnecessary and therefore disproportional. While the aid of EUR 17 million would not cause undue distortion of competition, any additional aid would result in a “highly distortive effect” on competition. Consequently, it could not be authorised.

The two cases demonstrate the difficulty of determining the necessity and proportionality of regional aid. These issues give rise to the following four comments which are also relevant to the RAG 2014-20.

The first comment is that the Commission was obviously right to reject German arguments that the whole amount of State aid it wanted to grant to BMW was compatible with the internal market. Any aid in excess of EUR 17 million would have been a gift to BMW. The legalistic line reasoning of Germany was not convincing. But since BMW has appealed against the Commission, one has to wait for the judgment of the General Court before drawing any definitive conclusions.

Second, in both cases the positive regional effects of the aid were mostly concentrated in the new jobs that the projects would create. We do not know what the alternative location to Leipzig was in the case of Porsche. But in the case of BMW, the alternative location was within Germany [Munich]. It was claimed that BMW’s investment would create 800 new jobs. But there must have been a large job displacement effect within Germany. If, for example, the investment had gone to Munich and created, say, only 500 new jobs because of existing infrastructure there, the net jobs for the country as a whole would have been only 300. If investment in Munich would have the same job creation effect, then for the country as a whole the net effect would be zero as the aid would cause 100% job displacement. It is still possible that the country would experience overall positive effects, even in the case of 100% job displacement. But the case for granting EUR 17 million would be much weaker and State aid would not be an appropriate instrument. In fact, one can generalise further and argue that the appropriateness of State aid is weakened if it causes displacement, where other instruments do not. The GBER and RAG only require that the beneficiary of regional aid does not close down or has not closed down an establishment in another region.

Third, even with 0% displacement, in the case of BMW, the amount of aid per job created exceeded EUR 21,000. This amount is a bit less than the average annual salary. It is a large amount of public investment to create a new job. If there were any job displacement, the public investment per new job would be much higher. However, the RAG do not require Member States to carry out a cost-benefit analysis of the aid they grant.

Fourth, in both cases, the amount of aid was not enough to make the projects profitable. This immediately raises the question why the two companies went ahead with the projects. In both cases there were references to qualitative differences in favour of the chosen location [e.g. reduced risk from splitting production between sites, proximity to the main development centres, etc]. In both cases, those qualitative differences were left unquantified, at least in the documents submitted to the Commission. It is possible that the cost differences were exaggerated in order to maximise the amount of aid that could be received or the qualitative differences were downplayed in order to maximise the claimed disadvantages of the chosen locations. It is relatively easy for public authorities to check the veracity of any alleged cost differences. However, it is very difficult for public authorities to know what qualitative factors lie behind locational choices.

[1] The text of the Commission decision is not yet public.