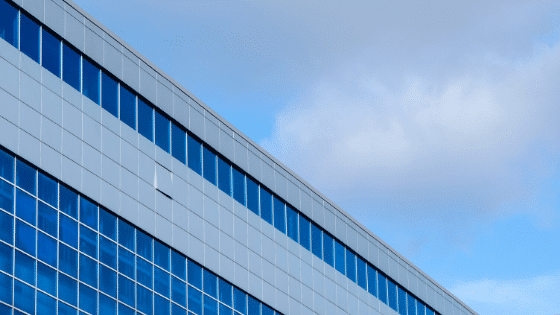 Two or more enterprises may constitute a single undertaking when their owners and/or managers are related in a way that they can act jointly to exercise influence over the decision of those enterprises.
Introduction
On 27 February 2014, the Court of Justice rendered a judgment on the notion of “linked enterprises” following a request for preliminary ruling from a German court.[1] The request concerned case HaTeFo GmbH v Finanzamt Haldensleben, C‑110/13, which arose from a dispute on the calculation of the amount of an investment subsidy.Indeed, for aid granting authorities one of the most difficult tasks in preventing aid applicants from benefitting from SME bonuses is to determine whether personal bonds between apparently distinct enterprises are strong or close enough so that these enterprises can be considered as a single economic unit.

A small or medium-sized enterprise with fewer than 250 employees and turnover not exceeding EUR 50 million [or balance sheet not exceeding EUR 43 million] is defined as an “autonomous” enterprise.[2] An autonomous enterprise is neither “linked”, nor “partner” enterprise. The question put by the referring German court to the Court of Justice was on the interpretation of linked enterprises in a situation where the influence of one enterprise over another was exercised by natural persons.

The purpose of the SME definition is to identify enterprises which may suffer economic handicaps due to their size. Recital 9 of the preamble to the SME Recommendation states:

Recital 12 of the same recommendation states:

“Account should also be taken, in suitable cases, of relations between enterprises which pass through natural persons, with a view to ensuring that only those enterprises which really need the advantages accruing to SMEs from the different rules or measures in their favour actually benefit from them. In order to limit the examination of these situations to the strict minimum, the account taken of such relationships has been restricted to the relevant market or to adjacent markets – reference being had, where necessary, to the Commission’s definition of ‘relevant markets’ in the Commission notice on the definition of relevant market for the purposes of Community competition law”.

The definition of SMEs is given in the Annex of the SME Recommendation. Article 3 of the Annex relates to the types of enterprises that are taken into consideration when calculating staff numbers [250] and financial amounts [EUR 50 or 43 million] defined in Article 2.

Article 3(1) provides that “An autonomous enterprise is any enterprise which is not classified as a partner enterprise [defined in Article 3(2)] … or as a linked enterprise.”

Article 3(3) states that “linked enterprises are enterprises which have any of the following relations with each other:

(a) An enterprise has a majority of the shareholders’ or members’ voting rights in another enterprise;

(b) An enterprise has the right to appoint or remove a majority of the members of the administrative, management or supervisory body of another enterprise;

(c) An enterprise has the right to exercise a dominant influence over another enterprise pursuant to a contract entered into with that enterprise or to a provision in its memorandum or articles of association;

There is a presumption that no dominant influence exists if the investors are not involving themselves directly or indirectly in the management of the enterprise in question.

Enterprises having any of the relations described in the first subparagraph through one or more other enterprises, or any one of the investors, are also considered to be linked.

An adjacent market is considered to be the market for a product or service situated directly upstream or downstream of the relevant market.”

The relations between the various enterprises involved in the proceedings

HaTeFo produced plastic foils, sheets, tubes and mouldings. The share capital in that company was owned by three individuals, A, B (the spouse of A) and C, who held respectively 24.8%, 62.8% and 12.4% of the shares. A and C were managing directors of that company. In addition, A and his mother D had equal shares in X, a company of which A and C were also the managing directors.

X acted as guarantor for HaTeFo during its launch, and also concluded a business management contract with HaTeFo, pursuant to which all of HaTeFo’s orders were to be taken by X, which would be the only company with a presence on the market. That business management contract also stipulated that a representative of X was to take charge of HaTeFo’s technical management. Furthermore, HaTeFo transferred its research and development activities and its computer management to X, and it used one of X’s bank accounts for the purposes of its activities.

Considered in isolation, HaTeFo could be qualified as an SME. However, in view of both the number of X’s employees and its annual turnover, this would not hold true if HaTeFo were to be regarded as linked to X.

The Court explained that, in order to determine whether personal relations can confer the status of “linked enterprises” to two or more enterprises, it is necessary to interpret the SME Recommendation “by taking into account the reasons for its adoption” [paragraph 30]. This is because “it cannot be concluded from formal non-compliance” with the various criteria of the SME definition that it “precludes, in all cases, a finding that the enterprises concerned are linked” [paragraph 29]. In other words, the Court does not consider itself to be limited by formal wording when it is obvious that the intention of the SME definition is to prevent enterprises from pretending to have little economic power when in reality they can mobilise more resources through personal ties.

The Court turned to the stated intentions of the SME recommendation. “It is apparent from recitals 9 and 12 of the preamble to that recommendation that the definition of linked enterprises aims to gain a better understanding of the economic position of SMEs and to remove from that qualification of SMEs groups of enterprises whose economic power may exceed that of genuine SMEs, with a view to ensuring that only those enterprises which really need the advantages accruing to the category of SMEs from the different rules or measures in their favour actually benefit from them. Those recitals also state that, in order to limit to the strict minimum the examination of relations between enterprises which pass through natural persons, the account taken of such relations must be restricted to cases where those enterprises engage in activities in the relevant market or in adjacent markets” [paragraph 31].

“Therefore the fourth subparagraph of Article 3(3) of the Annex to the SME Recommendation must be interpreted in the light of that objective, so that enterprises which do not formally have one or other of the relationships referred to [in Article 3(3)], but which, because of the role played by a natural person or group of natural persons acting jointly, nevertheless constitute a single economic unit, must also be regarded as linked enterprises for the purposes of that provision, since they engage in their activities or in part of their activities in the same relevant market or in adjacent markets” [paragraph 34].

“Moreover, the condition that natural persons are acting jointly is satisfied where those persons work together in order to exercise an influence over the commercial decisions of the enterprises concerned which precludes those enterprises from being regarded as economically independent of one another. Whether that condition is satisfied depends on the circumstances of the case, and that is not necessarily conditional on the existence of contractual relations between those persons or even a finding that they intended to circumvent the definition of an SME” [paragraph 35].

The Court observed that X sold all of HaTeFo’s production, while HaTeFo was not visible on the market. A representative of X was responsible for the technical aspects of HaTeFo’s production. HaTeFo transferred to X its computer and procurement management, and its research activity and HaTeFo used one of X’s bank accounts for the purposes of its business activity.

Then the Court noted the family relationship between A, B and D, who owned the two enterprises, and that A and C simultaneously managed both. According to the Court, “those links appear to be such as to give those persons the opportunity to work together in order to exercise an influence over the commercial decisions of the enterprises concerned which precludes those enterprises from being regarded as economically independent of one another” [paragraph 37].

The Court concluded that “in view of the foregoing, it seems that two companies […] may be regarded in fact as constituting, through a group of natural persons acting jointly, a single economic unit, so that they should be regarded as linked enterprises for the purposes of the fourth subparagraph of Article 3(3) of the Annex to the SME Recommendation” [paragraph 38].

It therefore decided to give the following answer to the German court. “Enterprises may be regarded as ‘linked’ […] where it is clear from the analysis of the legal and economic relations between them that, through a natural person or a group of natural persons acting jointly, they constitute a single economic unit, even though they do not formally have any of the relationships referred to in the first subparagraph of Article 3(3) of the annex [of the SME definition]. Natural persons who work together in order to exercise an influence over the commercial decisions of the enterprises concerned which precludes those enterprises from being regarded as economically independent of each other are to be regarded as acting jointly” [paragraph 39].