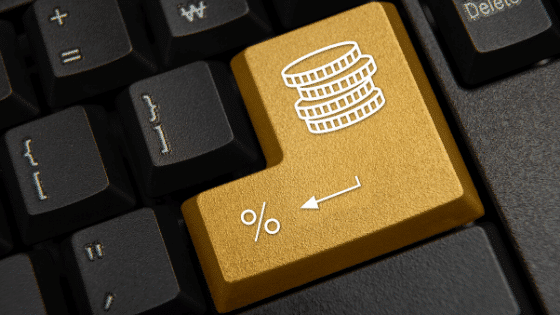 On 18 July 2013, in case C-6/12, the Court of Justice of the European Union rendered a judgment on an interesting aspect of the concept of selectivity.[1] The judgment concerned a request for preliminary ruling in a dispute between “P Oy”, a Finnish company, and Finnish tax authorities. The tax authorities refused to allow P Oy to deduct losses incurred in previous years and to carry forward those losses to later tax years.

The referring court asked the Court of Justice whether the relevant Finnish tax provisions constituted state aid in view of the fact that tax authorities enjoyed a degree of latitude in assessing applications for deduction of losses.

The Court explained at the outset that Article 107(1) TFEU prohibits, in principle, selective aid. A measure by which the public authorities grant certain undertakings favourable tax treatment is selective. In order to classify a tax measure as selective, it is necessary to identify the normal tax regime. It is in relation to this normal tax regime that it can be established whether an advantage granted by a tax measure is selective. The selectivity is shown by the fact that the measure in question derogates from the normal tax regime because it differentiates between economic operators who, in light of the objectives of the tax regime, are in a comparable factual and legal situation.

The Court added that the analysis of whether a measure is justified by the tax system also “requires examination of the scope … of administrative and judicial practice” [para 20] but it could not offer any specific guidance because the referring court did not provide the relevant details. “The fact that an authorisation procedure exists does not in itself preclude such justification.” [para 23]

More importantly, “justification is possible if, under the authorisation procedure, the degree of latitude of the competent authorities is limited to verifying the conditions laid down in order to pursue an identifiable tax objective and the criteria to be applied by those authorities are inherent in the nature of the tax regime.” [para 24]

The Court observed in this respect that “discretion which enables those authorities to determine the beneficiaries or the conditions under which the financial assistance is provided cannot be considered to be general in nature”. [para 25]

It follows from the above reasoning that, in the present case, authorisation which enables losses to be carried forward to later tax years is not selective if the Finnish authorities have “only a degree of latitude limited by objective criteria which are not unrelated to the tax system established by the legislation in question, such as the objective of avoiding trade in losses.” [para 26]

“On the other hand, if the competent authorities have a broad discretion to determine the beneficiaries or the conditions under which the financial assistance is provided on the basis of criteria unrelated to the tax system, such as maintaining employment, the exercise of that discretion must then be regarded as favouring ‘certain undertakings or the production of certain goods’ in comparison with others which, in the light of the objective pursued, are in a comparable factual and legal situation”. [para 27]

It appears that in Finland tax authorities consider the impact on employment as a “special reason” for authorising deduction of losses in the case of change of ownership. The Court recollected that “the application of a regional development or social cohesion policy cannot in itself enable a measure adopted within the framework of that policy to be regarded as justified by the nature and general scheme of a national tax system”. [para 29]

It therefore appeared, but could not be definitively concluded due to lack of information, that the Finnish tax authorities determined the beneficiaries of the deduction of losses on the basis of criteria unrelated to the tax system, such as maintaining employment. This meant that through the exercise of administrative discretion the Finnish provision on deduction of losses became a selective measure.

The Court of Justice left it to the referring court to establish whether all the criteria of Article 107(1) TFEU applied. However, even if the referring court would find that the measure in question was indeed state aid, it could not suspend it, as is normally the case for non-notified aid. This is because it was an “existing aid” measure, as it predated the entry of Finland in the European Union. National courts do not have powers to prohibit existing aid, as long as the Commission does not proposed “appropriate” measures for its adjustment or abolition.

National courts can suspend existing aid only when the related measure is amended to an extent that existing aid becomes new aid. For example, expansion of the scope of an existing aid would make it new aid. In this eventuality, non-notification of the amendment to the Commission would make the amended measure automatically illegal and actionable before national courts. But the Court of Justice left it to the referring court to verify whether the measure in question had been amended.

Normally, it is rather easy to determine whether a measure is selective. It is sufficient to identify an undertaking or a group of undertakings which is not eligible to receive aid. By contrast, the determination of the selectivity of tax measures is fiendishly more difficult. This is because it involves a three-step procedure: identification of the benchmark or normal tax system, appraisal of whether the measure in question derogates from the benchmark system and, lastly, consideration of whether any derogation can be justified. The assessment of justification itself can only be carried out in a two-step procedure: establishment of the objectives of the benchmark system and comparison of the aims of the tax measure to those objectives.

The judgment on P Oy has reinforced a well-understood line of case law that an otherwise general measure becomes selective when the public authorities responsible for its implementation can exercise discretion. A question that often arises, in this connection, is how public authorities can ensure the correct application of a tax measure, or a policy measure more broadly, without exercising discretion. The Court of Justice has provided a valuable answer to this question.

First, the discretion of public authorities must be “limited by objective criteria”. It must be clear at the outset, especially to those liable to pay tax, how public authorities assess the correct application of a tax measure. Second, those objective criteria must be “related to the tax system”. In other words, they must stem or be derived from the tax system itself.

For example, if the tax system allows investment costs to be set against tax liability, then it follows that tax authorities must have discretion to determine whether claimed costs correspond to genuine investment. This in turn, requires a prior definition of what constitutes investment or at least a list of eligible costs. If such a definition or list does not exist, then tax authorities can exercise discretion that is not limited by objective criteria which lay down clear boundaries. For instance, increase of tax credits by, say 20%, for companies exporting to China is objective, but does not stem from the tax system. Normally, tax systems do not make a distinction in the treatment of profits according to the geographic area where they are earned.