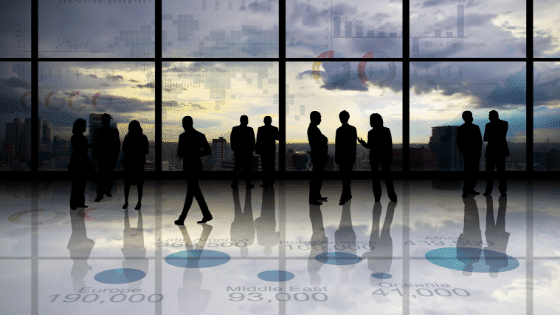 A public authority acting as private creditor must exhaust all legally available means of recovering money owed to it. A private creditor may agree to an amicable arrangement – depending on the complexity and duration of legal proceedings, the value of the collateral it holds and the chances of long-term viability of the debtor – if it results in repayment of a larger part of the debt. Every financial transaction between a public authority and an undertaking can be assessed on the basis of the Private Investor Principle, irrespective of its form. A private investor may accept lower remuneration than what is initially agreed if it benefits from a commensurate reduction in risk.
Introduction
In this article I examine two recent judgments of the Court of Justice of the European Union: one dealing with the application of the Private Creditor Principle, the other with the Private Investor Principle. Both judgments highlight the importance of considering all possibilities by which an advantage may be granted to an undertaking by action or inaction of the state.In the case concerning the Private Creditor Principle, the Bulgarian authorities failed to pursue all possible means of gaining repayment of credit they had extended to an undertaking. In the case concerning the Private Investor Principle, the Commission neglected to consider the benefits that the Dutch authorities could obtain by accepting early repayment of capital they had injected in ING and in the process offload the risk they had assumed by investing in ING. In both cases the decisive element was what the public authorities should have done in similar circumstances and whether they took into account all relevant issues. The correct framing of the problem is important.

The judgment of the Court of Justice did not raise any new interpretative aspects of Article 107(1). The most important issue was the application of the Private Creditor Principle. Rousse Industry could not repay loans it had obtained from the state.

The Court reiterated that a prudent and diligent private creditor, facing significant deterioration in the debtor’s financial situation and a persistent lack of payment, would choose between launching proceedings against the debtor and reaching an amicable arrangement whereby at least part of the debt could be recovered.

In order to choose between the two options, a private creditor would take into account, on the one hand, the length and complexity of legal proceedings and the nature and extent of the collateral, and, on the other, the chances of securing a larger amount through an amicable agreement and the prospect of the debtor attaining viability.

The Court then found that the Bulgarian authorities had not acted as a private creditor because they limited themselves to sending reminders for payment without attempting progressively stronger measures, while at the same time there was no evidence that Rousse Industry would return to a viable status.

Lastly, the Court dismissed as immaterial the argument put forth by Rousse Industry that the received State aid did not improve its financial situation.

In conclusion, the Court has confirmed the established principle that a public authority which is owed money must exhaust all the options available to it by law and if necessary force the debtor into liquidation whenever a forced sale of assets would result in higher yield in terms of recovered money.

On 3 April 2014, the Court of Justice rendered its judgment in case C‑224/12 P, Commission v The Netherlands.[2] The Commission appealed against the judgment of the General Court in joined cases T‑29/10 and T‑33/10, The Netherlands and ING v Commission. In those cases, the General Court partially annulled Commission Decision 2010/608 which found that the early repayment by ING of State aid that had been granted to it was also State aid because the rate of remuneration was lower than what had been agreed between the Dutch government and ING when the Dutch government injected public capital into ING.

Owing to the global financial crisis, the Netherlands adopted various aid measures in favour of ING. The measure that was the subject of this judgment concerned injection of capital totalling EUR 10 billion at a price of EUR 10 per share. At the time of the capital injection, ING was given the option either to redeem the shares at a price of EUR 15 (representing a 50% redemption premium as compared with the issue price), or, after three years, convert them into ordinary shares. If ING chose the conversion option, the Dutch government could have ING redeem the shares at a unit price of EUR 10, plus accrued interest. Although the Commission found the capital injection to constitute State aid, it approved it for being compatible with the internal market.

About a year later, the Dutch government and ING entered into a new agreement whereby ING could repurchase up to 50% of the those shares at the issue price (EUR 10), plus accrued interest (around EUR 253 million), plus an early repayment penalty if the ING share price traded above EUR 10. The early redemption penalty increased with the ING share price.

The Commission found that the new agreement too constituted aid but that the aid was also compatible with the internal market. It reasoned that since the capital injection was State aid, the repayment at more favourable terms was also State aid.

When the second Commission decision was appealed, the General Court held that the Commission could not evade its obligation to assess the economic rationality of the amendment to the repayment terms in the light of the private investor test solely on the ground that the initial capital injection already constituted State aid.

The debate before the General Court did not concern the specific application of the private investor test to the amendment of the repayment terms of the capital injection, but whether that test was applicable. The Commission’s view that a private investor would not find itself in the same situation as the Dutch government in relation to ING was rejected by the General Court. It held that a private investor could accept to repayment on different terms than initially agreed if it could benefit from avoiding the risk of holding shares whose future value was unknown. The Commission failed to assess such potential benefits.

The Court of Justice began its own judgment by recalling the principle laid down in case C‑124/10 P Commission v EDF that “an economic advantage must, even where it has been granted through fiscal means, be assessed in the light of the private investor test if, on conclusion of an overall assessment, it appears that, notwithstanding the fact that the means used were instruments of State power, the Member State concerned has conferred that advantage in its capacity as shareholder of the undertaking belonging to it.” “It follows that the applicability of the private investor test to a public intervention depends, not on the way in which the advantage was conferred, but on the classification of the intervention as a decision adopted by a shareholder of the undertaking in question” [paragraphs 30-31].

The implication is that “where it appears that the private investor test may be applicable, the Commission is under a duty to ask the Member State concerned to provide it with all relevant information enabling it to determine whether the conditions governing the application of that test are met” [paragraph 33]. In other words, a public authority can act as a public authority and concede that it grants State aid or, alternatively, claim that it acts as a private investor and furnish proof that its transactions with undertakings can generate an adequate return.

The Court went on to observe that any holder of securities, in whatever amount and of whatever nature, may wish or agree to renegotiate the conditions of their redemption. “What is decisive … is whether the amendment to the repayment terms of the capital injection has satisfied an economic rationality test, so that a private investor might also be in a position to accept such an amendment, in particular by increasing the prospects of obtaining the repayment of that injection” [paragraph 36].

At first glance the judgment in the ING case appears to be clear and straightforward. It leads to two questions. My answer is yes to the first question and no to the second one.

i) Should have the Private Investor Principle been applied?

The answer is without doubt in the affirmative. Whenever a public authority transacts with an undertaking, it is necessary to consider whether the transaction could generate a sufficient return that would satisfy a private investor.

ii) Are there any indications that the Dutch government acted as a private investor?

But this is the wrong conclusion. The repayment took place within the three-year period that the redemption price had been fixed at EUR 15 per share. The price of EUR 10 per share plus interest never reached the level of EUR 15 per share. The government lost revenue. Both the General Court and the Court of Justice said that the early redemption eliminated the risk that was borne by the Dutch government. This off-loading of risk had value and the Commission should have taken that into account to determine whether the forgone revenue exceeded the value of the avoided risk.

On this point, it appears that both Courts made a subtle but fundamental mistake. For sure the Dutch government avoided the risk it had assumed with the initial capital injection. This was not the real issue. The real issue was whether the risk had increased between 2008 and 2009. If in 2008 it calculated that the risk required a remuneration of EUR 5 per share over the price of EUR 10 per share [i.e. a 50% risk premium], did the risk increase so that it would be willing to accept repayment at a lower price than at EUR 15 per share? If, for example, the price at which capital was repaid was EUR 13 per share instead of the previously agreed EUR 15 per share, the Dutch government was losing EUR 2 per share or 13%. This loss is rational if the risk that ING would go completely bankrupt had in the meantime increased by more than 13 percentage points.

The simplest way to consider the possible economic rationality of the lower redemption price is to examine the share price of ING. The share price of a company is a forward looking indicator of the prospects of the company. When the initial capital injection was made, ING shares traded at about EUR 7. At the time of the second agreement, the share price was still around EUR 7. The valuation of ING by the stock market did not reveal that the market had changed its assessment of ING’s prospects. It does not seem that the government was off-loading a share that became riskier or losing value. The conclusion must be that it should have stuck to the initial agreement of EUR 15 per share.

Therefore, the Courts do not appear to have appreciated that the decisive element was not whether the lower price compensated for the off-loading of risk but whether the risk had increased so that the government would have been justified to forgo potential income in order to avoid the higher risk.