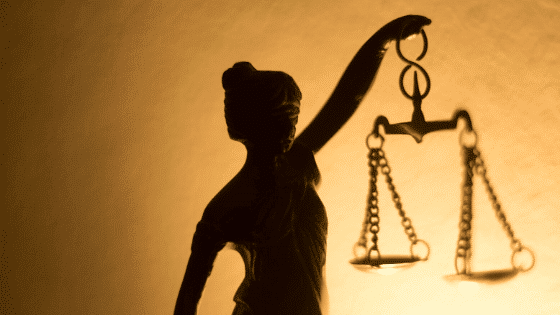 A measure determined independently by similar public entities is not selective even if it varies across those entities. A measure is selective when the entity that has adopted it, applies it differently to undertakings which are within its jurisdiction and in a comparable situation. A public entity may differentiate its measures provided the differentiation can be objectively justified.
Introduction
In this article I review two cases: a judgment of the General Court and a Commission Decision that deal with similar issues. They both examine whether different measures adopted by similar authorities are selective or not.
The short answer is that they are not selective even if they apply to a small number of undertakings, provided they apply uniformly to all undertakings which fall within the scope of the measures or within the scope of the jurisdiction of the authorities or state-controlled entities that have adopted those measures.T‑461/12, Hansestadt Lübeck v Commission

On 10 September the General Court ruled in case T‑461/12, Hansestadt Lübeck v Commission.[1] The city of Lübeck was appealing against two Commission Decisions on behalf of its airport Flughafen Lübeck. The two Decisions concerned cases SA.27585 and SA.31149.

The main issue of contention was whether discounts and reductions for landing fees and other charges which were adopted in 2006 were State aid and, more specifically, whether they were selective measures. The 2006 schedule of fees provided exemptions from the payment of landing charges for certain passenger aircraft, new business and new carrier discounts depending on the volume of passengers.

The General Court first recalled that general measures which are applicable without any distinction between undertakings do not constitute State aid because they do not favour any particular undertaking. The Court also recalled the standard test for determining the existence of selectivity. A measure is selective when it confers an advantage to certain undertakings in comparison to others which are in a comparable factual or legal situation. However, there is no State aid where a prima facie differentiation between undertakings arises from the nature or structure of the system in which they are part.

In this case, the Commission found that benefits were granted only to airlines using the airport Lübeck and, therefore, they were selective in meaning of Article 107(1) TFEU. Lübeck argued that airlines based in other airports were not in a similar situation.

The General Court pointed out that under the German system for airport charges, each airport operator developed the fee structure applicable to its own airport. Airlines serving other German airports were subject to charges applicable only at those airports. The Court deduced from this that other airlines were not in a comparable situation. [paragraph 51]

Then in paragraph 53 of the judgment, the Court added that in order to assess the possible selective nature of a fee schedule in respect of certain companies using property or a specific service in a given area, it is necessary to examine whether all or only some of the companies in that area benefit from it. The situation of companies that do not want or cannot use the good or service in question is not directly relevant to determining the selectivity of the measure. So it is necessary to move from examining companies in a given sector to examining companies in a given area.

On the basis of this reasoning, the Court concluded in paragraph 54 that the mere fact that the 2006 schedule only applied to airlines using Lübeck airport was not relevant for considering that the measure was selective. All airlines at that airport could benefit from the various discounts and reductions.

The Court stressed that its conclusion was not contrary to the case law invoked by the Commission concerning the supply of goods or services by public entities on preferential terms. Contrary to the claims of Commission, the General Court said, it could not be inferred from that case law that preferential supply was necessarily a selective advantage. Thus, with regard to the judgment in case C-67/85, Kwekerij van der Kooy v Commission, the Court of Justice found that the measure in question was selective because the preferential tariff for the supply of energy by Gasunie was granted to companies engaged in horticulture in heated greenhouses, while all businesses could benefit from the service concerned. Similarly, with regard to the judgment in case C-56/93, Belgium v Commission, the Court of Justice found that the measure was selective because again only certain clients of the entity that granted preferential terms could benefit from them. Finally, with regard to the judgment in case C-126/01, ITF, the Court of Justice found selectivity due to the fact that, while many operators [in this case, farmers and slaughterhouses] could receive public services [in this case, rendering of meat by-products], the advantage of a lower tariff was only available to some users of those public services. It followed, the General court argued, that, beyond the question of belonging to the same sector, in order to determine the selective nature of the measures, the Court considered whether all customers of a public entity or if only some of them could benefit from the preferential rate offered by the entity for the provision of goods or services. [paragraph 56]

Then the General Court proceeded to review the case law on the selective nature of tax measures. Although it considered that it was not relevant to the Lübeck fee schedule, it still explained that the Commission was wrong to maintain that when an advantage benefited only the customers of a given public entity, they obtained an advantage in relation to all the other operators. It also rejected as irrelevant the argument of the Commission that the 2006 schedule of fees was such that it did not enable Lübeck airport to have profitable operations. According to the General Court that was an argument relating to the existence of a benefit and not to its selectivity. For that purpose there was no need to compare airlines at Lübeck and airlines at other airports. [paragraph 57]

What lessons to draw?

This judgment to a large extent corroborates the tests for determining the existence of selectivity. When it concerns measures of a single authority, the test is simple. Accordingly, a measure adopted by a single authority is selective if it differentiates between companies in the same factual or legal situation. The test is more complex when similar but not identical measures are adopted by similar authorities in the same Member State. A case in point are airport charges. Then the test has to be applied in two stages.

The first stage is to examine whether, say, airport operators are allowed to vary airport charges, independently of any interference by a central authority. If the variation requires authorisation by a central authority then there is selectivity at the level of the airports. In this instance, there is differentiation among companies in the same sector. Hence, it is meaningful to consider the situation of companies in a particular sector.

If, however, the variation is the result of autonomous decisions, then we need to go to the second stage of the test which is at a lower level of analysis: possible differentiation among the users of each airport. In the Lübeck case, all airlines could benefit from the various discounts and reductions. Hence there was no differentiation among them.

Case SA.34249 concerned a reduction of the rate of IRAP tax, in Bolzano, Italy.[2] IRAP is a tax that is levied at regional level. The tax aims to provide regional authorities with a source of income to fund activities that are delegated to regional administrations. The tax base is determined by taking into account the net value of production by each liable enterprise within a given region.

The rate of tax was 3.5%, but was reduced first to 2.88% and then to 2.4% for enterprises based in the region of Bolzano, on condition that i) they increased their production by at least 5% and ii) they increased the number of their employees by 10%.

The main element of the Commission’s assessment was whether the measure was selective. The Commission first explained the general principle that a measure is general when it is “effectively open to all firms on equal basis. This means that tax exemptions applicable to all undertakings, capable of satisfying the relevant criteria, are not normally regarded as entailing State aid” [paragraph 25].

It then added that since the measure was limited to the region of Bolzano it would also be necessary to consider whether it was “regionally selective”. “As a matter of principle, if a regional authority allows for a derogation from the Member State’s general taxation, the tax advantage could constitute State aid. However, where a regional authority has sufficient autonomous powers to legislate on taxation within its territory, the exercise of such powers are not considered as failing within the scope of application of Article 107(1) TFEU” [paragraph 26].

With respect to regional selectivity, the Commission applied the criteria developed in the landmark judgment of the Court of Justice in the case C-88/03, Portugal v Commission. More specifically, it found that the relevant Italian law empowered, within certain limits, the region of Bolzano to determine the rate of taxation in its area of jurisdiction. The Commission also examined whether the region of Bolzano adopted the reduced rate autonomously. It established that i) Bolzano had the political and administrative autonomy to decide its own tax rate. ii) The measure was adopted without the interference of the central government. And iii) the financial consequences of the measure were borne exclusively by Bolzano. That is, the central government did not offer assistance to offset the effects of decreasing revenue from the reduced tax rate.

Once it concluded that there was no regional selectivity, the Commission turned its attention to material selectivity; i.e. whether the reduced tax rate was applied to all enterprises based in Bolzano. Because the two criteria of eligibility [i.e. increase in output by 5% and increase in employment by 10%] applied to any enterprise in any sector, the Commission was satisfied that the measure was open to all enterprises and that it did not favour any enterprise in any particular sector. Therefore, the measure was general in its application within Bolzano. [paragraphs 27-28]

On the basis of the above reasoning, the Commission concluded that the tax reductions applied by Bolzano did not constitute State aid.

[1] The text of the judgment in German or French can be accessed here:

[2] The text of the Commission Decision can be accessed here: